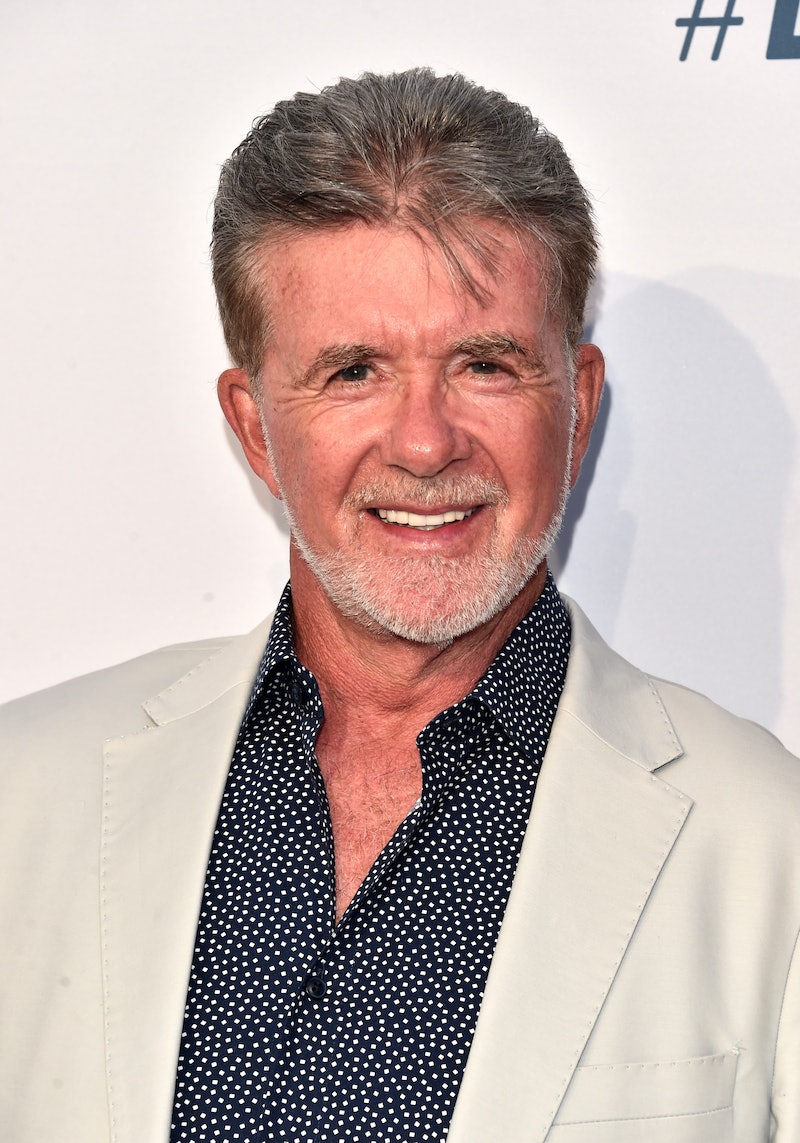 Sad news out of Hollywood on Dec. 13, Alan Thicke passed away, his rep confirmed to The Hollywood Reporter. The actor was just 69 and reportedly had a heart attack while playing hockey with his son. He was taken to the hospital where he was pronounced dead according to that THR report. Over the years, the actor has has various guest spots on other shows, but was best known for his very own show from the '80s and '90s: Growing Pains. As fans mourn his loss, it can be helpful to know how to stream Growing Pains and remember Alan Thicke's best moments as the lovable father, Jason Seaver.

The ABC show ran for seven seasons in the late '80s and early '90s and had a pretty modern plot for the time. Thicke's character, Dr. Jason Seaver, became a stay-at-home father after his wife decided to go back to work as a reporter. Jason has to learn to become a full-time parent to his three children (and later four, after Chrissy was born). The show was a staple of the time, featuring famous actors like Kirk Cameron (Candace Cameron's brother) and even Leonardo DiCaprio as a homeless teen the family later takes in.

Currently the show can be found to watch online in two different places. Fans can purchase episodes to stream on Amazon for $1.99 per ep (HD for $2.99 and full seasons for around $20). The same pricing can be found on iTunes, where fans can download their favorite eps to watch again and again.

Right now there isn't a way to watch the show for free on Netflix or Hulu, but with the news of Thicke's passing, it's possible one of those streaming sites will pick up the show to service fans who are grieving the actor. For fans that do want to stream something right now and don't want to pay for an episode, you can watch many of Thicke's guest spots on other TV shows on Netflix. His last role was actually in the show Fuller House Season 2, which just hit Netflix on Dec. 9. He can be found in the second episode of the second season. You can also view his various How I Met Your Mother guest spots (his episode list can be found here).

How ever you find a way of watching his roles, remember that can be a helpful way to mourn his great career. After all, a part of him will always be with fans via his beloved characters whom you can watch time and time again.