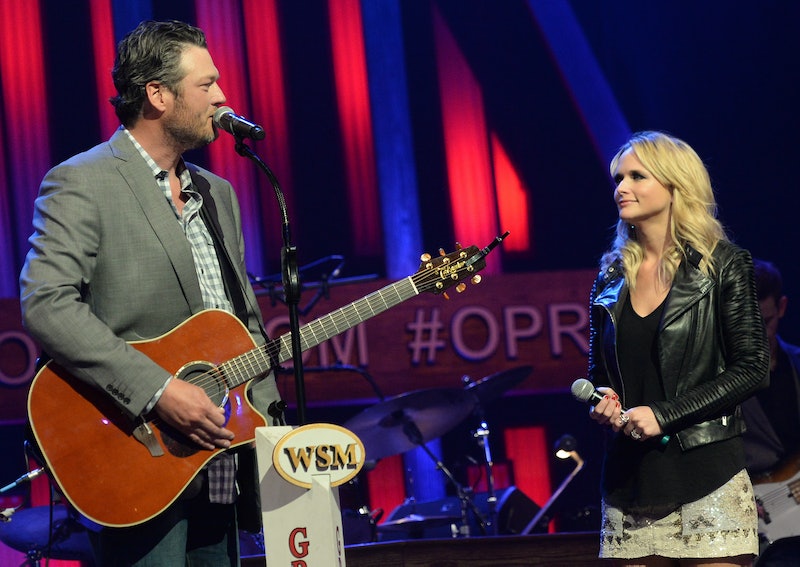 For someone who is a newbie to the world of country music, I’m pretty obsessed with the power couple that is Blake Shelton and Miranda Lambert. But who wouldn't be? Shelton, who is a coach on NBC's The Voice , and Lambert, who is due to release her fifth LP called Platinum in June, dominate the country-music playing field with their southern charm (and talent) and the Twitterverse with their love for each other. And it's the best kind of love: They constantly tease each other, but at the end of the day, they're right by one another's side. What I'm trying to say is that they're basically the most adorable couple that's ever existed — even more adorable than Beyoncé and Jay Z. There, I said it.

Don't believe me? The proof is in the pudding (or rather the pudding shots, if we’re going by Shelton’s drinking standards). The cute couple tweets like crazy, giving us the opportunity to peek inside their hysterical, good-spirited, and loving relationship. Check out how Shelton and Lambert are able to keep the romance alive and the laughter flowin’ via their Twitter accounts:

1. They cook together (even if it doesn't always turn out that well).

2. They tease each other.

3. They support each other's careers.

4. They listen to music together.

8. They laugh together (when they're not laughing at each other).

9. They remember to celebrate their relationship.

10. They play pranks on each other.

12. They show that they're proud of one another.

13. They take hardships in stride (and add a pinch of humor).

14. And he remembers to tell her how beautiful she is... in his own special way.

If you want some more evidence of their chemistry, tune into the Academy of Country Music Awards on April 6 on CBS, which Shelton dearest is hosting.