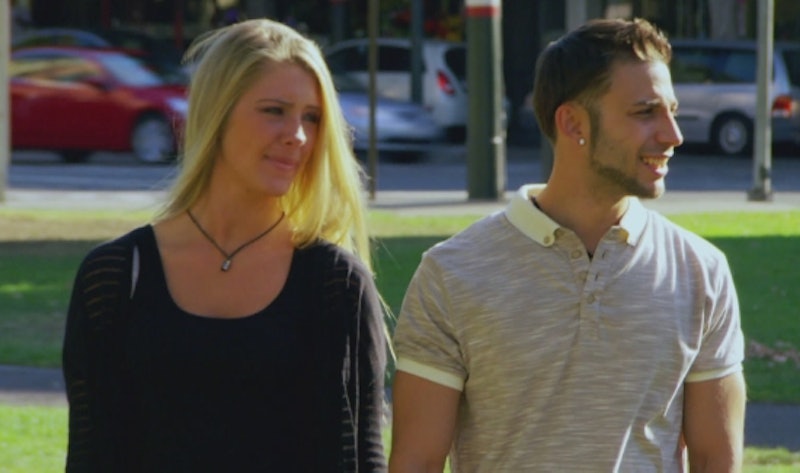 It’s been a bittersweet week for this TV lover. While I am thrilled about the return of Game of Thrones and VEEP, I am a DISTRAUGHT over Are You The One? and Real World: Ex-Plosion winding down. Such marvelous television. (Thanks for the memories, MTV. HBO has huge shoes to fill.) Tuesday night's Are You The One? reunion gave us all of the "who's still boinking who" and "who's sending semi-nude pics to who" we could ever hope for. It was a very satisfying hour of TV. As for the Real World: Ex-Plosion's reunion? It has yet to air. The RW:E-P finale left me with a few major questions. And I need answers. One such question: Are Jay Gotti and Jenna Compono still a thing? They had their fair share of drama throughout the season, but during the finale, the exes seemed eager to chuck their issues behind them and make a go of it. Might they still be making a go of it? Wonder no more! Jenna told That’s Your Reality that Jenna and Jay aren’t an item anymore and that they never actually discussed Jay’s cheatin’ and number-gettin' ways post-RW. “He said he wanted to talk after the show,” she said. “Still to this day, we never had the talk.”

It's probably for the best. I'm no relationship counselor, but their dynamic screamed "THIS IS NOT WORKING! BOTH PARTIES NEED TO MOVE ON! EJECT! EJECT! EJECT!"

More like this
All The Clues Gillian & Edgar Are Still Friends After 'Temptation Island'
By Brad Witter
What’s New On Netflix: A Victoria Justice Rom-Com & The Return Of David Letterman
By Arya Roshanian
What’s New On Netflix: The Return Of 'Bling Empire' & A Rebel Wilson Comedy
By Arya Roshanian
Penn Badgley & Leighton Meester Met On A Horror Movie Set Before 'Gossip Girl'
By Jake Viswanath
Get Even More From Bustle — Sign Up For The Newsletter