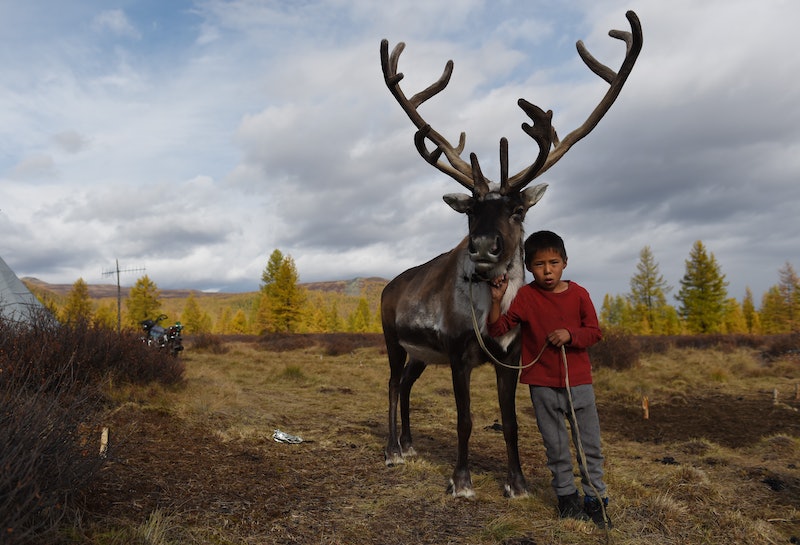 Truly nothing is safe from climate change, it seems, not even Christmas. Last week, researchers in the United Kingdom presented findings gathered over more than 20 years, revealing that reindeer are shrinking due to climate change in the Arctic. The researchers, part of the Scotland-based James Hutton Institute and two Norwegian organizations, surmised that Santa may need more reindeer than usual to pull his sleigh in the future.

The scientists studied reindeer in the Arctic Circle every year starting in 1994. What they found directly relates to climate change, they believe. Over a 17-year period, the body weight of adult reindeer declined by 12 percent. At the same time, the researchers noted "noticeable summer and winter warming in the Arctic." The winter warming is of particular concern, as warmer winters mean more rain. Rain in the Arctic freezes on top of the ground, blocking the reindeer from food trapped beneath the ice. As a result, reindeer may starve or malnourish in the winter, with pregnant reindeer at particular risk.

Interestingly enough, climate change could also be causing populations of reindeer to grow — but that isn't necessarily a good sign. "...As summer temperatures have increased by 1.5°C, pastures have become more productive, allowing female reindeer to gain more weight by the autumn and therefore conceive more calves," explained the study's leader, Steve Albon. Come winter, more reindeer means more competition for food, which is becoming more and more sparse thanks to freezing rain.

News of climate change's apparent impact on reindeer comes at a time when the outlook for real change in the U.S. has seemed dim. President-elect Donald Trump, who once tweeted that climate change was made up by the Chinese, has many Americans worried about the progress that his administration will make. It should be noted that Trump, since his election, has backed away from an outright denial of climate change, and he event met recently with a high-profile advocate for environmental reform, Leonardo DiCaprio.

Still, some moves by Trump and his transition team have raised questions about what course his administration will actually take when it comes to environmentalism. Earlier this month, Trump nominated Oklahoma attorney general Scott Pruitt to lead the Environmental Protection Agency (EPA) under his administration. In announcing Pruitt's nomination, Trump assured the American people that he believes in "environmental protection," but that he wants Pruitt to rework the EPA's "out-of-control anti-energy agenda." Not to mention, Pruitt has previously sued the EPA.

While the debate continues in the U.S., reindeer in the Arctic Circle are realizing the effects of climate change. The scientists' message last week was a seasonal warning to the world. If the other number of warning signs won't do it, perhaps the fate of reindeer and Christmas spirit everywhere will convince Trump and his administration to act on climate change.