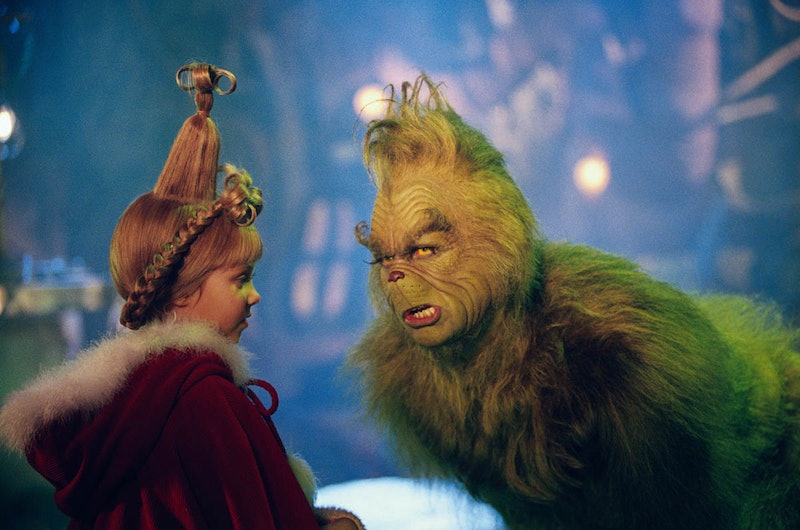 If there's one thing Twitter is always good for, it's providing us with the internet's GIF-laden hot takes on, well, everything. And though Twitter is rarely in consensus, users have come together this holiday season to share a collective "WTF?" over a unique furry nail nail inspiration tweet from beauty blogger @BeauTuts.

The blogger's tweet featured a set of furry green nails, a nod to the furry nail trend that's been making the rounds this year. This particular image inspired a rush of responses — some people are surprised furry nails are even a thing.

Though we’re probably safe from furry nails replacing our beloved chrome as 2016’s must-have manicure, the look has already broken into the fashion world. Libertine featured faux fur nails in its spring/summer show, and according to Cosmopolitan, the show's style director, Jan Arnold, wanted to use the pink puffs to give the model an eye-catching "split-style" manicure, since the faux fur nails were paired with jewels.

The forest-green to light-moss-green ombré pom faux fur nails @BeauTuts shared certainly bring both texture and color. But while the fashion accoutrements may have been intended as a cute (and functionally warm!) Christmas must-have, or to remind a wearer of tranquil wandering among winter trees, Twitter users can only see one thing: Christmas's mortal enemy, the perpetually angry and furry-fingered Grinch.

And their responses are comedy gold.

3. A (Strong) Word From The Man Himself

4. And The Other Green Dude

5. You're Gonna Hurt Her Feelings

6. Step Off Their Aesthetic

7. Demonstrating The Potential For Wind Interference

10. Even SpongeBob Wants To Know Why

13. But perhaps the best response came from @BeauTuts herself:

Whether you like them or not, you have to admit these furry green nails obviously have the power to bring out the Grinch in all of us.Image: Universal Pictures

More like this
What Is “Jello Skin”? The Latest Viral Trend To Know About
By Tomi Otekunrin
TikTok Is Using A ‘Love Island’ Sound To Expose Their Weird Crushes
By Courtney Young
The Viral TikTok “30,000” Sound Fits Nearly Every Scenario
By Courtney Young
Kris Jenner’s Advice For Kim Kardashian Is Going Viral On TikTok
By Courtney Young
Get Even More From Bustle — Sign Up For The Newsletter