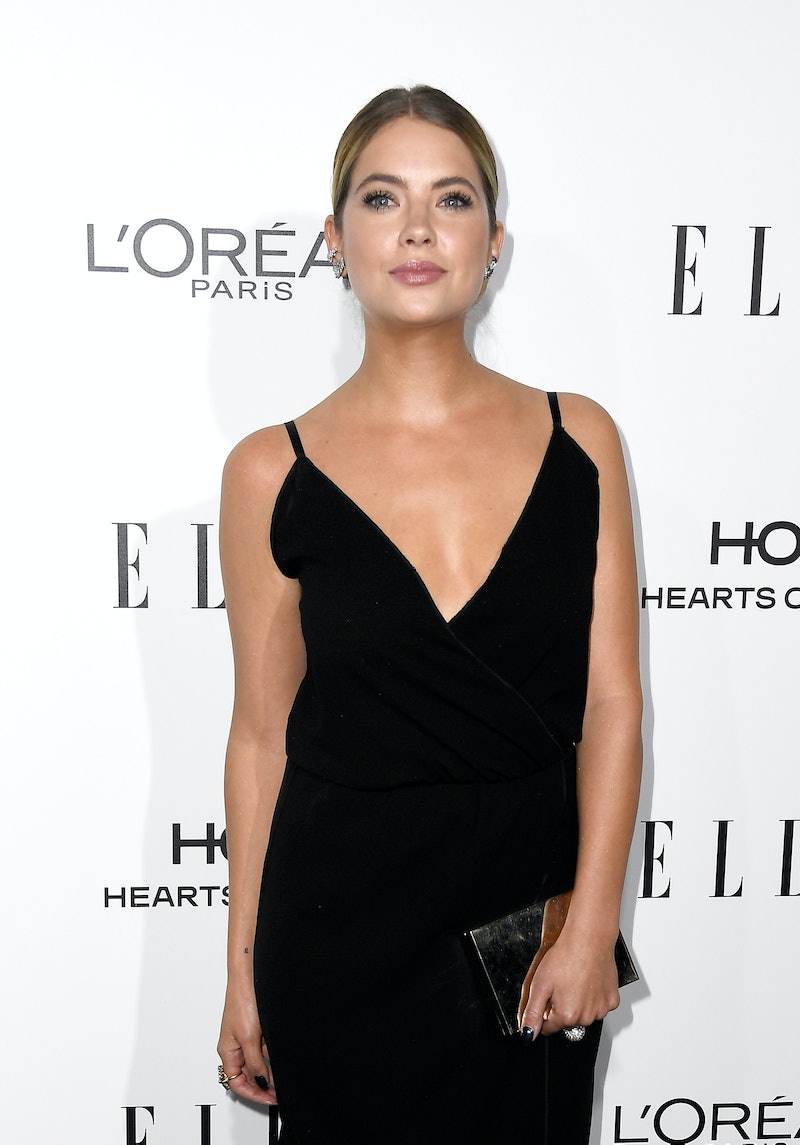 Actor and star of Pretty Little Liars Ashley Benson turned 27 years old today, and she commemorated the occasion by dyeing her hair pink. Twenty-seven could be a particularly transformational year for the star, and what better way to celebrate changes than by taking your coif from blonde to bubblegum pink?

Benson is best known for her role as Hanna Marin on Pretty Little Liars, a show with a loyal following that's coming to a close in April after a seven season run. Over the last year, Benson moved from Los Angeles to New York City, and with the end of PLL, she's got plenty of amazing new opportunities to look forward to.

According to a recent interview with Bustle, Benson's first plan of attack might be to show the world her own personal style. "I used to care what I look like...of course I want to look good when I go out, but just having to dress up every day and be in hair and makeup for a job every single day and wear heels... all that stuff. It's so uncomfortable. I'd rather look a mess than look put together," Benson said.

And though her new pink hair doesn't look a mess — in fact,it looks pretty damn awesome — it's clear that Benson is starting to take her style into her own hands.

Here's the new 'do, posted on Benson's Instagram page:

Pretty rad, right? Perhaps this will be the beginning of plenty exciting style and career changes coming Benson's way. At 27 years old with a slick new look, she's poised to take on the world.