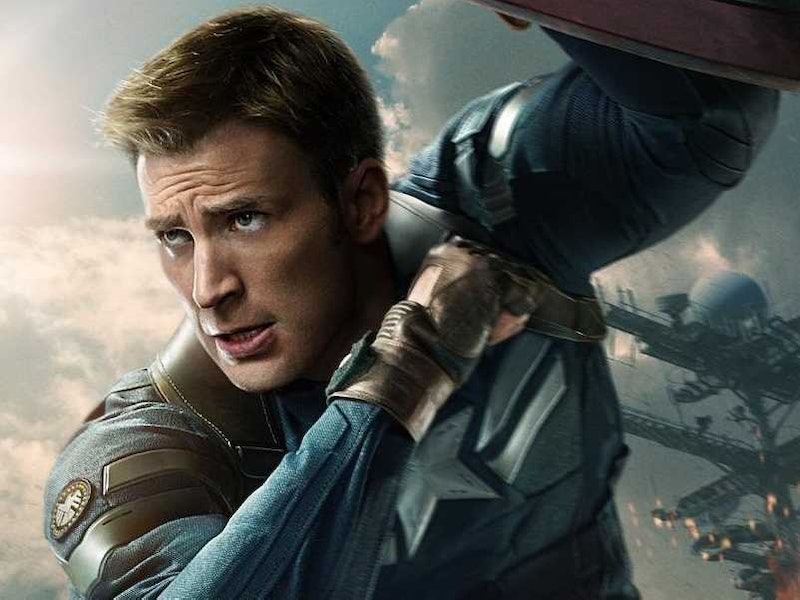 After sticking with Marvel through so many movies in the Avengers franchise, fans have learned an important lesson: never leave your seat before the final credit rolls. It's become a common occurrence for these superhero movies to contain not just one but two post-credits scenes, and they can hold important information. Not one to break tradition, Captain America: The Winter Soldier had two post-credits scenes, each featuring clues for future movies.

Whether or not the post-credits scenes have major reveals, they're always worth sticking around for (remember the post-Avengers shawarma scene?). This is especially true of the Captain America sequel, because in addition to one scene seting up Avengers: Age of Ultron, the second gives us a look into Captain America 3. And though it seems like a lot of people will be seeing The Winter Soldier during its opening weekend, not everyone can stick around after it ends. Plus, even those who do might not understand exactly what they saw. For as much information as these scenes contain, they can also be pretty cryptic.

Let's break down the clues and see what we can learn about Age of Ultron and Captain America 3—and maybe even beyond. (Spoilers for Captain America: The Winter Soldier ahead.)

The scene starts right after the first, flashier round of credits and shows Thomas Kretschmann (Wanted, NBC's Dracula) in some sort of underground lab, saying that HYDRA and S.H.I.E.L.D. are two sides of the same coin, before claiming that the world is about to enter an era of miracles. It's shown that he has possession of Loki's powerful Chitauri Scepter (as seen in The Avengers, above) and his associate asks him what to do with "the volunteers." Kretschmann says to bury them, before talking about the survivors and "the twins." Cut to Elizabeth Olsen and an unrecognizable guy in separate jail cells, clearly exhibiting some sort of powers.

Who are these people? Kretschmann is Baron Wolfgang von Strucker, the head of HYDRA, Winter Soldier's bad guys. Elizabeth Olsen is playing Wanda Maximoff, or Scarlet Witch, while that guy flitting around his adjoining cell was her twin Pietro, or Quicksilver, played by Aaron Taylor-Johnson (Kick-Ass). This scene holds a lot of significance for Avengers: Age of Ultron, due out May 2015, and seems to reveal how a certain problem many had wondered about will be solved.

The appearance of Strucker means that Captain America didn't bring down all of HYDRA at the end of The Winter Soldier. Not only is its leader alive, but he has access to a magical scepter that's apparently used to experiment on people, resulting in the superpowers of the Maximoff twins, which originally had presented a problem. It's complicated, but basically, in the comic series, the twins are mutants—as in X-Men mutants, and their father is actually Magneto.

Even though both The Avengers and X-Men are Marvel properties, Fox owns the movie rights to X-Men, while Disney has The Avengers. In fact, Quicksilver will also appear in the upcoming X-Men: Days of Future Past, played by American Horror Story's Evan Peters. The Quicksilver of Avengers, however, along with his sister, cannot be a mutant because of Fox's X-Men ownership. This scene basically showed us that instead of mutants, the Maximoff twins will be the result of Strucker's experiments, which also means that when we first see them in Age of Ultron, they'll probably be with the enemy.

Den of Geek posits that Strucker's little speech on miracles is a clue that anything that technically is supposed to be mutant-related will instead be replaced by "miracle," both avoiding any legal issues and and keeping in tone with HYDRA's mission to takeover the world and save humanity from themselves.

2) A Visit to the Smithsonian

You needed a lot of patience to get to the second scene at the very end of the movie's credits. It's much shorter than the first and doesn't even contain any dialogue, but still important. Bucky Barnes, or The Winter Soldier, whatever you want to call him, visits the Smithsonian's Captain America exhibit, the same one Steve Rogers himself tours early in the film. We see him go up to a section memorializing Bucky Barnes and just stop and look at it. End of scene.

That brief moment may actually have been worth sticking around for. When The Winter Soldier ends, Barnes seem to have some memory of who he is, despite HYDRA trying to electrocute it out of him. He saves Rogers from drowning before taking off and now we know, he went looking for answers about his own past and identity. The most obvious clue here is that we'll see more of Barnes in Captain America 3, but Den of Geek pointed out that there might be more to it than that.

In the specific comic series that The Winter Soldier is based on, there is a point where Barnes becomes Captain America. Not permanently, but for a while. Recently, Chris Evans has been expressing an interest in focusing more on directing than acting, so it wouldn't be too surprising if he doesn't renew his Marvel contract once he completes his required six films. He's already done four and is set for Age of Ultron and Captain America 3. That leaves one more film before he's likely to hang up the shield.

But guess who just signed a nine-picture deal with Marvel? Sebastian Stan, the man behind Barnes. Even if that deal retroactively includes the first Captain America, Stan has seven films to go and so far we only know of Captain America 3 (with so many Avengers, it's unlikely he'll be in Age of Ultron). This peek at Barnes rediscovering his identity doesn't spell all of this out, but there's a good chance Marvel is setting him up to takeover as Captain America—or at the very least, start his own film series.

Now do you see why it's so important to stay after the credits? We may have just unlocked a whole new Marvel franchise.