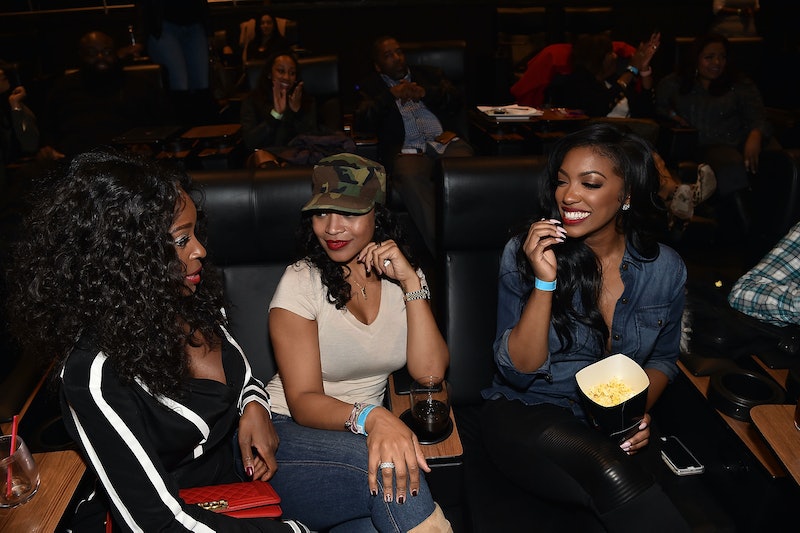 Bad news, RHOA fans: more boyfriend drama dominated this episode. But it didn't all come from Kenya this time, as Porsha brought new boyfriend Todd over for dinner with the family, including her siblings and mother, and it was incredibly awkward. That's not surprising, considering that they're exes who are attempting to rekindle their relationship while Porsha also attempts to fast-track a family. She's already propositioned him to have a child, and he countered with a desire to take it slow. She took him up on that offer, and now they're attempting to casually date.

Things get even more awkward when Lauren asks if Todd would want to have more kids and the shady, shady editors added a pause that felt like it lasted five full minutes before Todd found a somewhat gracious way to say "maybe." Of course, Porsha's family is a little disappointed by this response, but Porsha doesn't seem too fazed, especially since she actually got the chance to hang out with some kids when she babysat for Phaedra at the beginning of the episode. Actual childcare seems to have put the breaks on Porsha's rush to have her own family, and that makes sense.

But lately, if you check out Porsha's Instagram, she's been working her way up to a place where she has more ease with taking care of kids. Luckily for her, she has a very adorable niece, Baileigh, to babysit every once in a while (and you can often see Mama Lauren in the background watching very carefully).

I think this makes a lot more sense than jumping right into single parenthood or getting married to Todd. Because while I see quite a few pictures of Baileigh on Porsha's timeline, I don't see any of Todd. Could that mean there's a breakup on its way? That's not clear yet, but it certainly seems like there won't be any wedding bells or babies anytime soon.