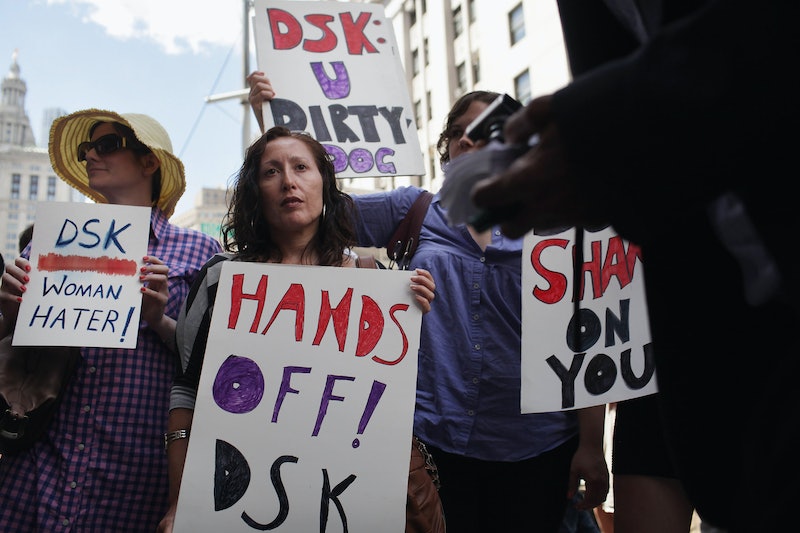 Sexual assault is nothing short of an epidemic on college campuses, as the video "How to Fight Rape Culture at Colleges" by Riley J. Dennis points out. 33 percent of cis women, 39 percent of TGQN (transgender, genderqueer, questioning, or non-conforming) people, and nine percent of men experience unwanted sexual contact during college, according to the Association of American Universities' (AAU) Campus Climate Survey on Sexual Assault and Misconduct. Those numbers are daunting, but as Dennis points out, people on campuses and around them can do a lot to lower them.

In order to combat sexual assault, it's first important to acknowledge that the problem isn't just rape — it's rape culture. By depictions of sex in the media that don't involve clear consent, standards of masculinity that encourage men to dominate women, and other toxic cultural messages, we create an atmosphere where sexual assault thrives. This is especially true in college, where fraternities, sports teams, and other aspects of campus life normalize lack of consent, defend rapists, and even make sexual assault out to be a rite of passage.

Here are a few suggestions on combatting this campus rape culture from Dennis's video.

Find Out What's Happening At Your School

Your school should have information about sexual assaults on its campus, since the Clery Act and the Family Educational Rights and Privacy Act (FERPA) require colleges to report assaults to the federal government. While a lot of reports may seem like a problem, it's actually a low number that's a red flag, because it means people aren't comfortable reporting. According to the National Sexual Violence Resource Center, 63 percent of sexual assaults go unreported. Schools are also required to investigate these reports, and you can ask the administration to tell you what happened.

To further find out if your school is addressing sexual assault adequately, you can do some reporting and write an article for your school's paper, start a blog or website of your own, or make a video. The first step toward changing the problem is making people aware that it exists. "You can create a better environment just by raising awareness," Dennis points out.

Ask Your School To Do Better

If you feel your school is handling sexual assaults inadequately, call or write to your dean or president and ask them to do better, Dennis suggests. You could even start a petition for other students to express this view or ask your school to hold classes on consent, which are already mandatory at Oxford.

Join Or Start A Group

If you don't have the resources to do all this yourself, bring the issue up at a women's or LGBTQ advocacy group, Dennis suggests. Or if there isn't one at your school yet, start one. "If you don't feel like your student body is educated enough on consent, encourage them to do more," she says.

More like this
25 Quotes About Love To Share During Pride Month 2022
By Madeleine Aggeler and Emma Garza
Sandra Bullock, Girlboss Extraordinaire
By Matt Harkins & Viviana Olen
What The History Of Pride Month Means For Celebrations Today
By Jay Polish
How The City Healed Five Years On From The Manchester Arena Attack
By Ella Glover
Get Even More From Bustle — Sign Up For The Newsletter