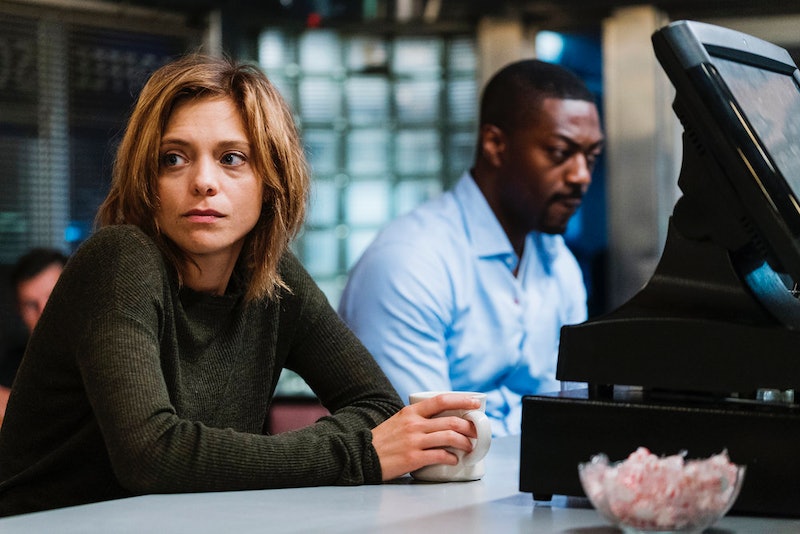 The first season of Falling Water created a surreal exercise in its 10 episodes, toying with the typical cliches of TV drama to create a unique debut. And after establishing itself as something a little different, will Falling Water return for Season 2? USA has yet to announce whether or not there will be any more episodes, but there is something that might be good news on the horizon. According to Deadline, Falling Water made a deal with Amazon for exclusive streaming rights. That means that once the Dec. 22 finale airs, you will soon be able to re-watch the whole first season on Amazon. But, as Deadline reported, that deal may have just saved Falling Water from cancellation. Of course, USA might have decided to bring the show back anyway, but with a lucrative streaming deal, the network will have another benefit if they decide to bring the show back.

And, while the show never quite caught fire in its first season, it was a good, confident debut season about several strangers coming together with the realization that their dreams could save the world from certain doom. And, here are a few ideas about what the the show could further explore should it return for additional episodes.

Before the finale, it's hard to know exactly what will happen at the end of Season 1. But the ninth episode, "No Task for the Wicked," escalated the stakes of the season dramatically. Finally, all three of the dreamers collided in the episode's conclusion, and getting the chance to see Tess find out that trusting Billy might have been a mistake was huge. A Season 2 provides more room for character meetings like that.

Inception References? Why Not?

Why stop at the spinning top imagery? I'd love to see Falling Water be inspired by this iconic film in some other ways, since it is the most recent example of a successful narrative about dreams. One thing that helped Christopher Nolan's film stand out was the way the chemistry between the ensemble led to some levity. Another? The absolutely stunning visuals. Both could be great inspiration points.

More About The "Woman In Red," Olivia

Mysterious female characters are my favorite, and the Woman in Red was expertly deployed in Season 1. I'm intrigued by the way she's trapped between the waking and dream worlds — Season 2 could play with her travel between them even more.

One of the series' biggest innovations is the way information is communicated to the dreamers, then interpreted like clues. Now, maybe watching too much television has fried my brain, but wouldn't it be cool to see this technique applied to some non-world-threatening mysteries in Season 2? Pacing is important, and smaller adventures where Tess or Burton need to use their dreams to figure out smaller mysteries could make for a nice twist.

Dream sharing is a great start, but what about adding some more totally-not-real-but-super-fun science fiction ideas? The possibilities could be entertaining, like forcing someone to have a dream, therefore misleading the characters as they attempt to interpret it, or, stealing dreams — or even the ability to dream.

Less Of The Kid

Sorry, "The Boy" (aka Tess' son). I'm not normally an anti-kid person, but using him as a MacGuffin/plot device is one of the weak spots of Season 1 so far, in my opinion. Plus, you really can't keep juggling him from character to character forever.

If Falling Water gets to come back for Season 2 on USA, it will hopefully dive into some of these areas — or, perhaps, figure out ways to surprise the audience with even more surreal, dreamlike goodness.