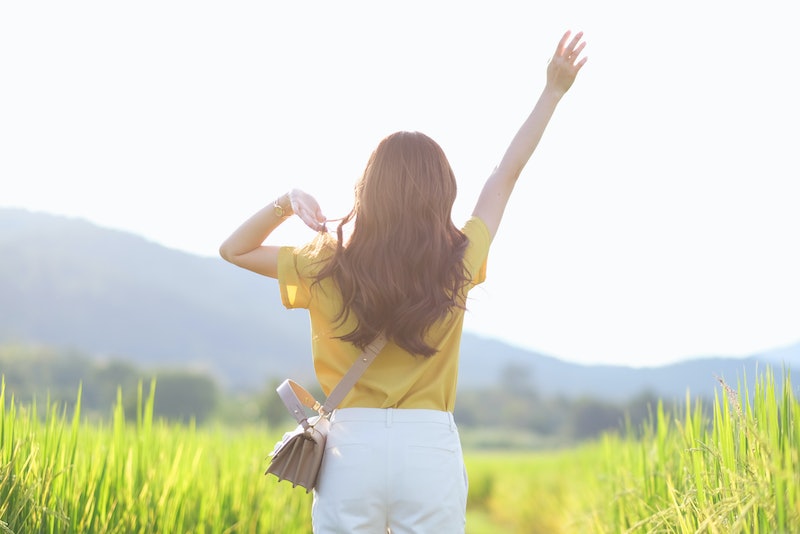 While the year proved itself to be one that left many of us divided, at least most of us can agree that, overall 2016 was one of the most intense, confusing, profound, tragic, and frustrating years, ever. I mean, think about it: when was the last time we were this excited to close out a year? It's almost as if we're all collectively looking towards New Year's Eve as the grand finale to a year we can't get make sense of or agree on. You don't need to see the "Is It 2017 Yet?" memes or the quotes that sum up how wild 2016 was to know that people are done with this year.

That said, when times are tough, words are wise. When we struggle physically, politically, socially, or economically, art thrives. Motivational speakers step forward, poems are written, movies are made, and strong feelings are felt. While we might not be able to put our finger on where the last calendar year when so wrong or so right, we can all definitely take some time to appreciate the inspiring quotes that have emerged from it all. If nothing more, we have words to hold onto as we trudge towards the new year, hoping for peace, hoping for unity, hoping for justice, and hoping for a much, much better 2017:

“When I think about how divided our country is right now, it can feel difficult to not want to demonize millions of people as selfish and unthinking. But most aren’t.” — Local Natives' Taylor Rice, Pitchfork

“Being tolerant is the future. It’s not being segregated.” — M.I.A., Pitchfork

“We aren’t born woke. Something wakes us up.” — Deray Mckeeson, The Verge

“I belong among the stars. And so do you. And so do they. Together, we can inspire galaxies of greatness for generations to come. No, sky is not the limit. It is only the beginning. Lift off.” — Harvard University Ed.M. candidate Donovan Livingston, May 2016

"That's why, we believe, that students should leave university believing in, striving for, and expecting societies of true equality in every sense and that universities have the power to be a vital catalyst for change." — Emma Watson, United Nations

"In life there is no real safety except for self-belief." — Madonna, 2016 Billboard Music Awards

"I want to work every day to do something good for somebody else." — Miley Cyrus, amFAR

“If we keep up the fight for women’s rights, I believe there is nothing we can’t do.” — Amal Clooney, 2016 Texas Conference for Women

"They taught me to care about what happens in our world and to do whatever I could to change what frustrated me, what felt wrong. They taught me that’s the responsibility that comes with being smiled on by fate." — Chelsea Clinton, The 2016 DNC

More like this
How To Protect Your Digital Privacy If You Need An Abortion Post Roe v. Wade
By Kaitlyn Wylde
25 Manifestation Quotes From Lady Gaga, Oprah, & More
By Megan McCarty
Cardi B Explains To David Letterman Why She Uses Her Star Power For Politics
By Jake Viswanath
President Zelensky Spoke Out On Ukraine's Chances Of Hosting Eurovision Next Year
By Sam Ramsden
Get Even More From Bustle — Sign Up For The Newsletter