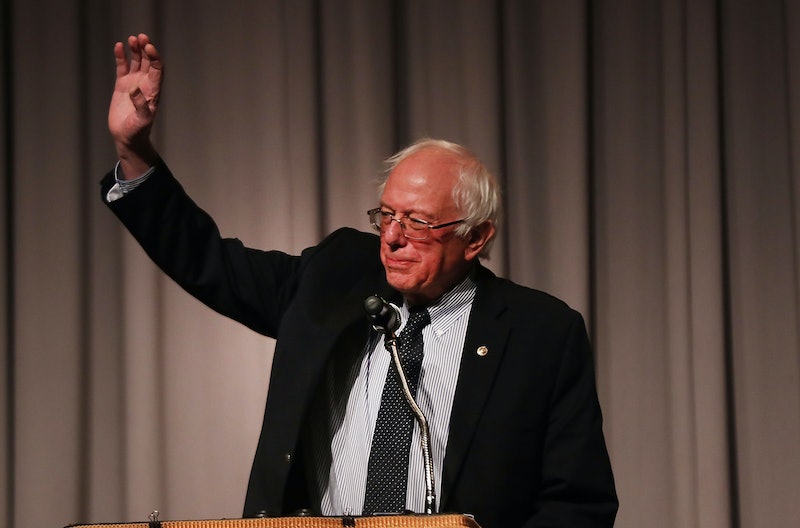 It was a nice try, but the faithless electors who voted for Bernie Sanders were ultimately unsuccessful. While talk of faithless electors was rampant leading up to the Electoral College vote on Monday, it didn't make any difference, as Donald Trump took more than the 270 votes he needed to take the presidency. And while some were displeased with that, more Democrats than Republicans actually took to the ballot to protest.

Many attempts at becoming faithless were quashed by the electors' states, as laws banning such activities allow those electors to be replaced or ordered to revote, as each of the Sanders would-be voters learned.

Protests over the Electoral College aren't new, and they don't involve only electors. While Abdurrahman said his vote for Sanders wasn't so much against Clinton as it was against the Electoral College, citizens around the country took to the streets to decry the fact that Trump gets to be president even though Clinton received more than 2 million votes than he did. The issue with the popular vote not being the deciding factor, but instead the Electoral College getting to give out the win, is something that's been an issue for years and years.

Sanders never had a chance at winning the presidency once Clinton was selected as the Democratic party's nominee. But Clinton certainly could have won had Republican electors decided to "vote their conscience" or for the popular vote winner, instead of for their party. Of course, none of that would have helped Bernie Sanders, but you can bet the electors who voted for him feel pretty darn good that, well, at least they tried.