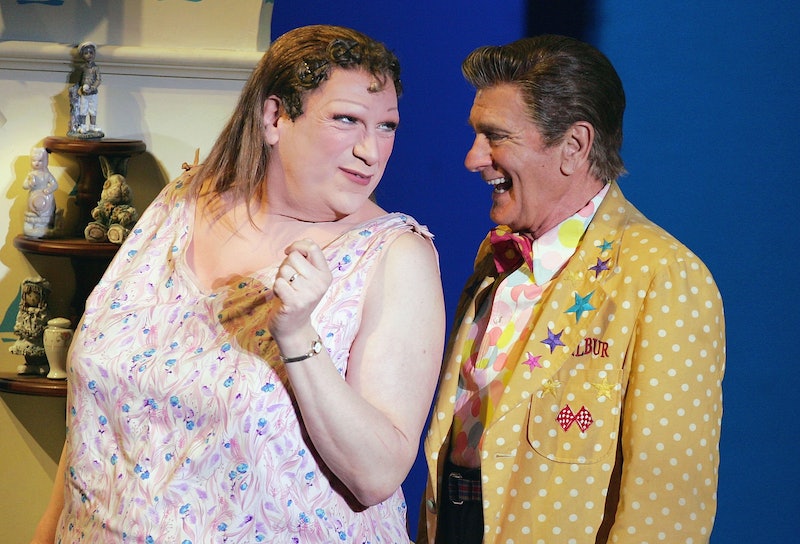 Since the musical based on the 1988 film was first performed on-stage on Aug. 15, 2002, it's been adapted time and time again. The following year, he famously won a Tony award for his lively performance. But that wasn't Latessa's only shining moment in front of a crowd. During his acceptance speech after winning the Tony, Latessa wisely said, “Being up here is wonderful, but the trip here was the best of all.” And indeed, dozens of productions and performances each define his career in their own unique way.

After serving in the army during the 1950s, Latessa made the big move from Cleveland to New York City with ambitious hopes of becoming an actor for a living. Eight years later, he starred in The Education of H*Y*M*A*N K*A*P*L*A*N, his first Broadway performance.

Theater Mania reported that Marc Shaiman, Hairspray songwriter, shared a post on Facebook to remember his colleague shortly after the news was confirmed. The post says:

"Hairspray (and Broadway) has lost a huge piece of its heart. RIP to the glorious, loving and much loved Dick Latessa. This was a man who defined Pro, with the timing of a Swiss watch and a voice, a smile and sweet soul that made you feel special just to know him. We were lucky to have him in our lives, he was, truly, timeless. Love to my Hairspray OBC family tonight."

In addition to starring in several Broadway musical productions, Latessa also acted in dozens of films and TV series. Some of those movies include Mission: Impossible, Alfie, and The Last New Yorker, while TV series in which he was featured include The Sopranos, Law & Order, and True Blue. Surely, his absence will be felt by more than just the Broadway community.