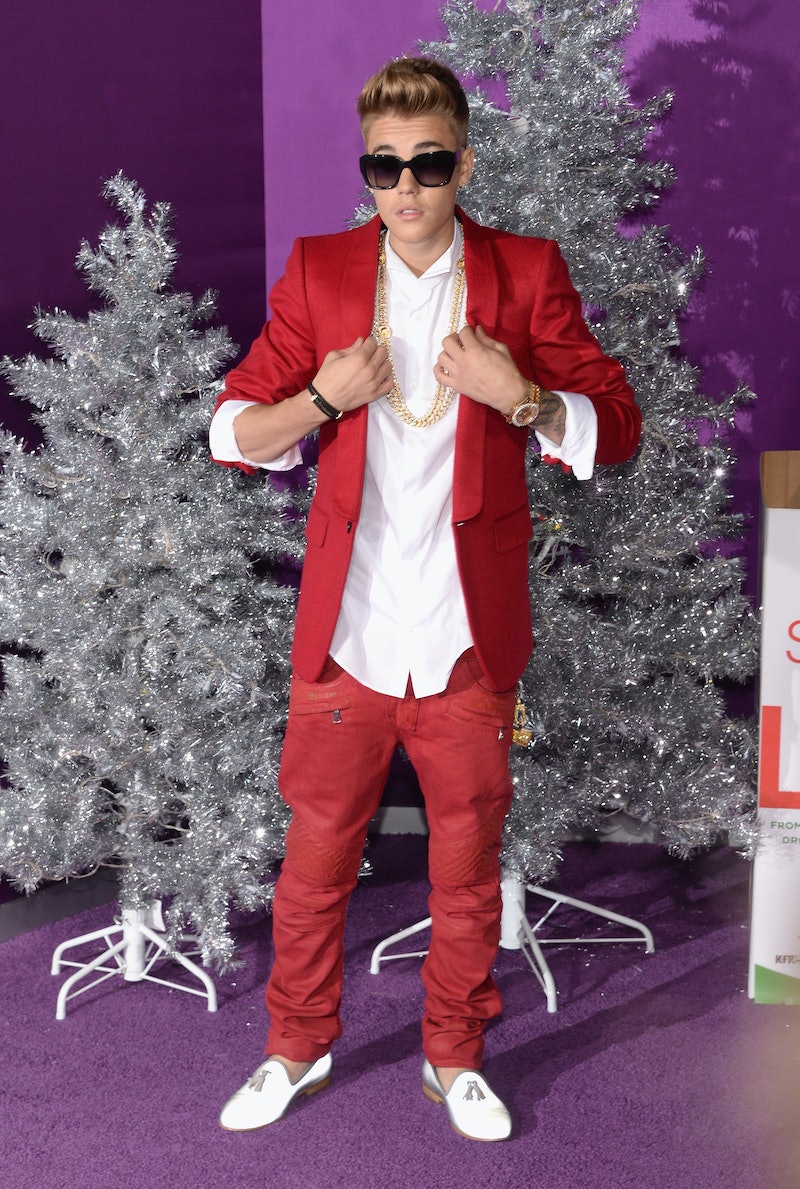 Well this was too easy to predict. On March 25, Justin Bieber announced that he was "done with tats 4 a while" and now, not even two weeks later, Justin Bieber has gotten a new neck tattoo. At the time, I predicted that Bieber's decision wouldn't last long because he has money he needs to blow and that while his arms were full of tattoos, his many shirtless pics proved his chest was still, comparatively, blank. I was wrong about the tattoo's placement, but damn, Bieber, you couldn't even make it a month without some new ink? This is like that time you got arrested and everyone was like, "It won't be the last time" and then you got arrested again not even a week later. You're making this too easy.

Bieber's new tattoo is of the word "Patience" and hopefully is a reminder that he should be patient when it comes to getting new tattoos. Irony doesn't exist in Bieber World, ya know.

News of Bieber's tattoo is sure to worry fans who are already concerned that Bieber is depressed and using tattoos as a form of self harm. On Monday, Beliebers got the hashtag #StayStrongMyKing trending on Twitter as a way voice their support for Bieber. It seems like he does have a tattoo addiction, so maybe they're on to something.

But some Beliebers have already moved on to other concerns and, for the first time ever, I'm right there with them.