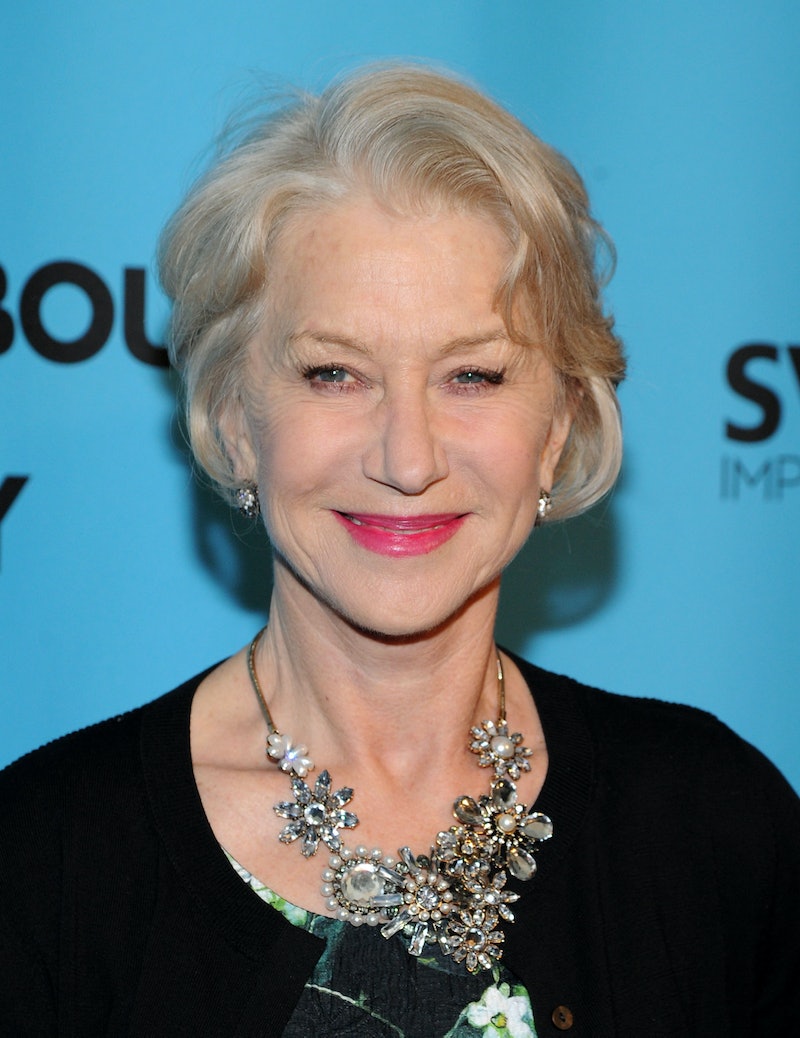 We have good news for women in film. The bad news is that it's not happening America, but maybe it could some day. The U.K. culture magazine Dazed & Confused is hoping to change female representation in the industry with a new initiative to inspire female directors. Appalling statistics have recently shown that actresses also only get about 30 percent of speaking roles in films, and from 2007 to 2012 women directed only nine percent of the top 500 films.

This new female directors program was started as a way to encourage more women to join the field. "Girls lack confidence to pick up a camera because they think they need to be technical but a director is just someone who has a story to tell and can tell it clearly," said Jennifer Byrne, Video Commissioning Editor of the project.

I think it's more than just confidence that keeps women from stepping behind the lens, like the fact that actresses still have to argue that female protagonists do actually sell movies. But the initiative is still a good one as it seeks to ask a well-known star to select an up-and-coming female director and help back her as she creates a narrative short or music video.

"We've lacked enough role models, so what's great is giving newcomers access to really established people," said Kate Gerova, creative director for the film festival Birds Eye View that champions female talent. "Having networks and support around you is a crucial part of the development of any film-maker."

Byrne is very excited that the program has signed up Helen Mirren, Jane Campion, and Sienna Miller to sponsor films because she's had enough of the "male, middle-aged, middle-class, white perspective of the world." But she cautions this doesn't mean she's against male directors. "We're not anti-men, but we want to encourage more young women to pick up the camera so we have greater diversity in what we're watching."

We completely agree, but unfortunately America hasn't grasped this idea of diversity as well as the U.K. has. Out of this year's 39 major summer releases, 37 have been directed by white men. Hopefully this Dazed & Confused female director initiative will take off and America will follow suit, because what's going on now is unacceptable.