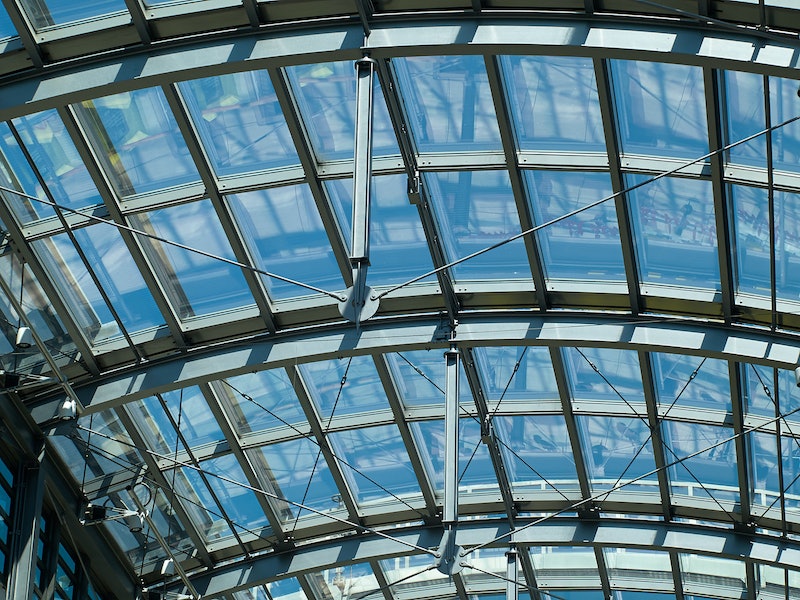 Turns out some of the glass in that infamous glass ceiling might be forged from internalized sexism. In a lengthy Atlantic piece teasing their upcoming book Womenomics , journalists Katty Kay and Claire Shipman reveal that one big thing holding women back in the workplace might just be their confidence. Or rather, their lack thereof.

Kay and Shipman say that, over the course of their careers, they have interviewed "some of the most influential women in the nation." But they have found that, despite the professional success these women have achieved, they still often feel like "impostors." Despite their own success, Kay and Shipman admit that they often feel the same way. And I'll just add that, at times when I'm doing particularly well academically or professionally, I sometimes feel like an impostor, too.

And it seems that tendency can hurt women big time. "Success," Kay and Shipman write, "correlates just as closely with confidence as it does with competence." So even though I disagree with their implication that lack of confidence matters more than institutionalized factors in explaining women's lack of achievement, it does seem plausible that lack of confidence is a big problem for women in reaching their professional goals. Especially since it seems that men tend to have confidence in spades.

It turns out that when asked to estimate how well they will do on tests, men consistently overestimate and women consistently underestimate. The same holds true when asked how they performed on a test they'd just taken. When asked how much money they think they deserve to make, women's average estimate is 20 percent lower than the average man's answer, a fact reflected in recent news about how poor salary negotiation skills could be contributing to the gender pay gap. When offered the chance to compete in competitions, women are far more likely to turn down the opportunity. And on and on it goes. What's more, other studies suggest that men aren't putting on a show or deliberately trying to hype themselves or their ability – men genuinely believe they are awesome, while women genuinely have doubts.

And what's even more unfortunate is the fact that people who are more confident are perceived as more competent, regardless of their actual ability — an idea supported by recent evidence that faking it 'til you make it actually works.

So where does all this start? Well, Kay and Shipman do look briefly at potential differences in brain chemistry, though it's hard to draw clear conclusions from the minor differences in male and female brains. Much more interesting is their analysis of differences in elementary school behavior, where they notice that boys' failings are often attributed to not trying hard enough, whereas when a girl fails, it's often taken as an indication of more fundamental problems.

Yet, I'd posit that this whole thing starts even earlier. After all, research shows that mothers of boy babies consistently overestimate how well their child will do at crawling challenges, while mothers of girls underestimate. Kids start getting programmed with this stuff before they can even speak in sentences.

And then there's the psychological toll of living in a culture that was very clearly not set up for you. Plus, when girls are assertive, they get labeled as "bossy" in a definite negative way. And there are all sorts of other subtle signals, too. From little things like the fact that only eight percent of statues honoring individuals in this country depict women to big things like rape culture, girls get the idea at every turn that we are afterthoughts for this world, not the focus of it. It's easy to be confident when you live in a world where the people honored for their accomplishments almost always look like you. It's much harder if you're someone who needs a special month dedicated to your history just so we can highlight the role models that share your gender.

Which is why it would also be interesting to know how confidence differs along racial lines as well, though that's a subject that would deserve its own book, I'm sure.

In the meantime, ladies, it probably helps to realize that the guys who seem so confident probably haven't done anything more to deserve that confidence than you have. So be confident in your abilities, and don't let self-doubt get in the way of your dreams.

More like this
These Cheap Things With Near-Perfect Amazon Reviews Will Make Your Home Look SO Much Better
By Dena Ogden
Your Daily Horoscope For August 17, 2022
By Alexandria Lettman
August 2022 New Moon Do’s & Don’ts
By Brittany Beringer
How To Turn WhatsApp Read Receipts Off
By Emma Carey
Get Even More From Bustle — Sign Up For The Newsletter