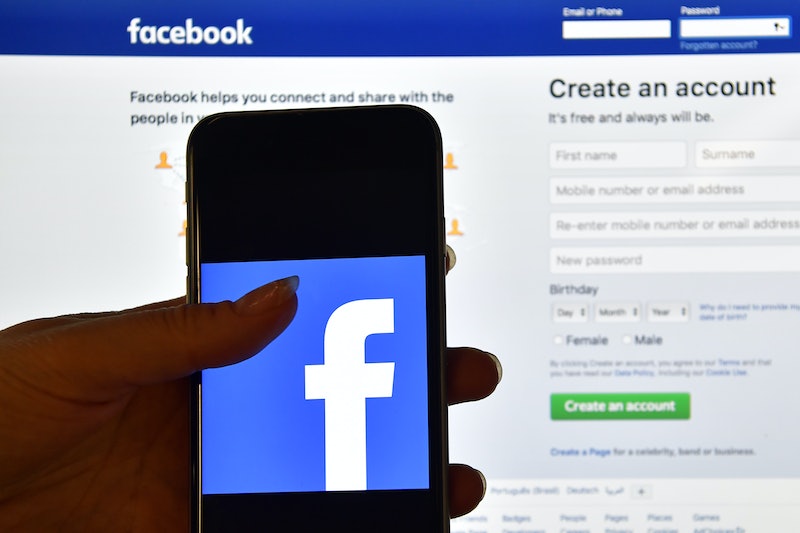 Has your significant other suddenly started adding friends on Facebook left and right? If so, start preparing for the worst — apparently it’s a sign that a breakup might be imminent. According to a new study, people who add a boatload of new friends while in a relationship tend to have a lower level of commitment to their current partner. Why do we know this? Because the adding of friends shows that someone is entertaining the idea of making new romantic connections — or, more bluntly, they’re shopping around. Ouch.

The study looked at 148 undergraduate college students—109 women and 39 men—who (naturally) all had Facebook accounts. Researchers tallied up how many Facebook friends each student had; then they asked they to rate on a scale of one to six how likely they were to send our or to accept a friend request from someone they considered a potential romantic interest. Each student’s level of Facebook-related jealousy — that is, how jealous the student would be if his or her partner added a new friend of the opposite sex on Facebook — was also measured through a 27-question survey. Lastly, the students answered a questionnaire designed to evaluate their commitment to their current relationship.

No, not that kind of survey. Sorry, Austin.

Lead author Michelle Drouin, a psychologist at Indiana University-Purdue University Fort Wayne, and her team found that only friend requests connected to potential romantic partners made during someone’s current relationship correlated with a lower level of commitment to the relationship. But hey, at least there’s good news: Existing friends don’t appear to be a problem, even if they’re exes. Old flames that were already on someone’s friend list before entering into their current relationship turned out to be totally unconnected to anyone’s level of commitment to the new relationship.

So what does a healthy relationship look like on Facebook and other forms of social media? This is oversimplifying it a little, but generally, the less a couple posts on Facebook about their relationship, the stronger the relationship is. According to a report by the Huffington Post, there’s not a lot of Facebook stalking, social media isn’t the couple’s only means of communication, they don’t try to keep up with every single one of their friends on Facebook all the time (how exhausting would that be?), and they log off when they find themselves thinking negatively. It’s kind of like the digital version of that couple who’s always totally all over themselves in public: Demonstrating a happy relationship doesn’t necessarily mean it is a happy relationship.

The real lesson here? Always keep the lines of communication open between you and your partner—and not just on the Internet. Face time trumps FaceTime, every time.

More like this
The Best Time To Date After A Breakup, According To Experts
By Bustle Editors
The Top Mistakes Scorpios Make In Relationships (& How To Avoid Them)
By Nina Kahn
12 Ways You're Sabotaging Your Love Life
By Teresa Newsome and Lexi Inks
Are Leo & Capricorn A Good Match?
By Kristine Fellizar
Get Even More From Bustle — Sign Up For The Newsletter