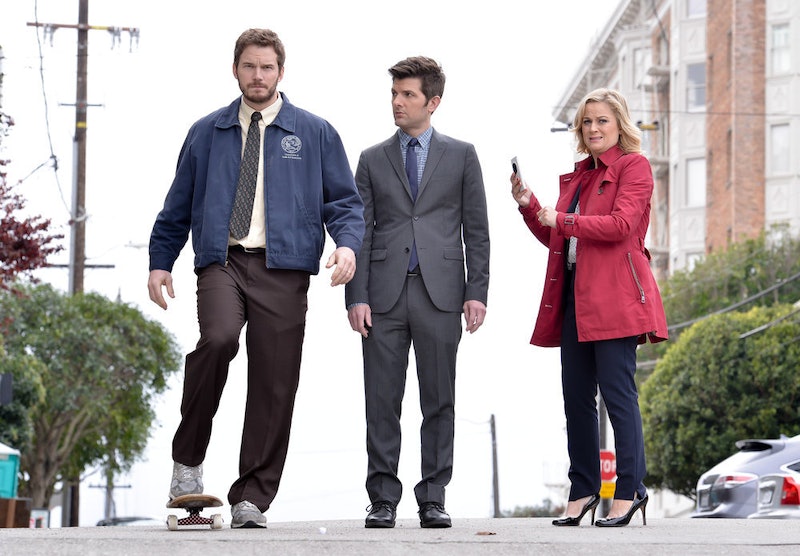 After last week's shocking episode, expectations are high for Parks and Recreation's hourlong season finale on Thursday night. If we're still reeling over the announcement that Leslie and Ben are having triplets, then we can only imagine how the (yes, fake) husband and wife are dealing with the news. The stress of a situation like that would normally be more than enough to freak out Parks' most lovably neurotic couple, but add in the facts that the Unity Concert is in less than a week, Leslie's traveling to California for a National Parks Conference, and there's a pretty good chance they're about to run into Michelle Obama, and it's a miracle the duo even kept their act together long enough to board the plane.

In a new clip from NBC, Parks fans can watch the first minute of Thursday's episode, when Leslie, Ben, and Andy, having flown cross-country for the conference, take in the view of San Francisco. We learn that Andy is a big fan of Michael Bay, Leslie's considering a move out of Pawnee, and that "what happens at a National Parks Conference... is compiled and emailed to you in a PDF the following Monday." Oh, and Andy wants to break into Alcatraz.

It's only a short clip, but already, the Parks and Rec season finale looks like it's not to be missed. Leslie and Ben have some major decisions to make about their future, which hopefully will include getting a second opinion on their triplets; I know Saperstein's a doctor and all, but really, should anyone be getting important medical information from the guy who raised Jean-Ralphio and Mona Lisa?

The season finale should be the culmination of a stellar sixth season for Parks, but even if the plot doesn't live up to our expectations, the cameos will; between Michelle Obama, The Decemberists, Jeff Tweedy and Donna's cousin Ginuwine, Thursday night is set to be the most star-studded Parks episode since the reign of Lil Sebastian.

Watch the episode's first minute, below: 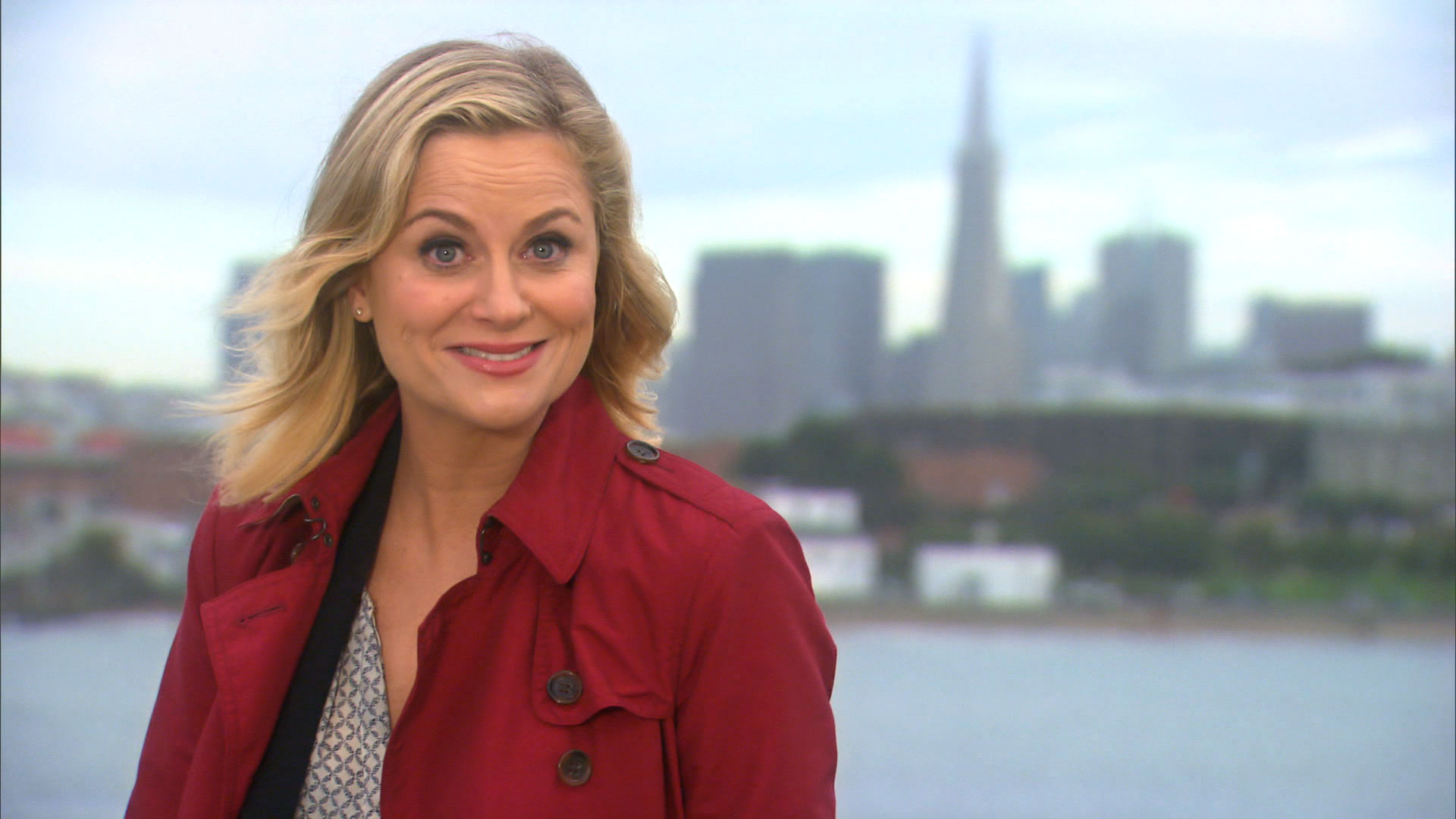