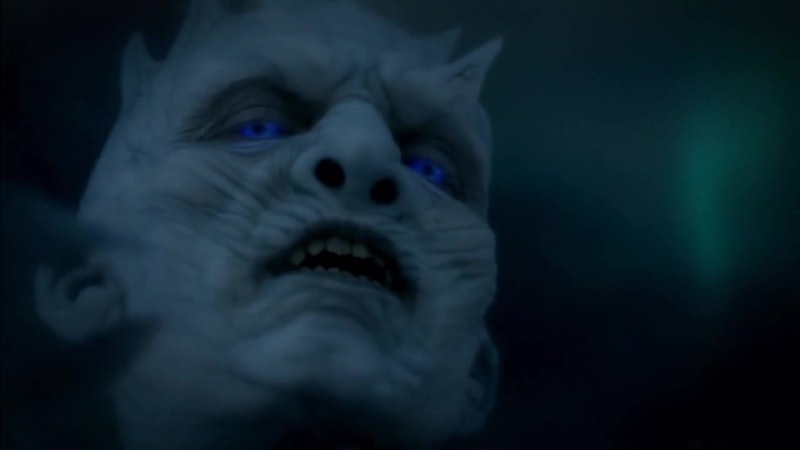 ***Beware: Game of Thrones spoilers ahead.*** YOU HAD ONE JOB, HBO. You'd think after three seasons of Game of Thrones, the network would know a thing or two about not being life-ruiners and how harmful GoT spoilers are. Well, think again. Sunday night's "Oathkeeper" was a record-breaking episode, what with that White Walker baby army and all, and apparently one of the biggest, epic spoiler fails in the history of Game of Thrones. According to a Reddit user, HBO's synopsis for "Oathkeeper" dropped a HUGE spoiler that may have just ruined not only the television series, but also the future of George R.R. Martin's series. Seriously? #Fail.

***SERIOUSLY, DON'T READ ANY FURTHER IF YOU DON'T WANT YOUR LIFE TO POTENTIALLY BE RUINED.***

We realized after Sunday night's episode that HBO was taking some creative license with Martin's source material, but we were cool with them beefing up Bran's kind of boring storyline. But we definitely aren't cool with them just making shit up. I'd like to give HBO the benefit of the doubt here that this slip-up was just their way of telling those book snobs that for all they think they know, they have no idea. But, unfortunately, highly incriminating evidence suggests contrary — that HBO just royally screwed GoT fans over. Ready for the bomb to drop?

According to a Reddit user, (who apparently reads those lengthy synopses that HBO puts out for each GoT episode) HBO named the White Walker from the end of "Oathkeeper." And they took a screen shot of the incriminating synopsis to prove it, which read:

A White Walker claims the baby and rides to a city of ice. The child is presented at an altar, where the Night's King greets the infant and lays a finger on its cheek. The baby's eyes turn White Walker blue.

Right, right, okay, cool — so now we know who that White Walker that's turning Craster's babies into mini-Walkers is. EXCEPT NOT COOL AT ALL BECAUSE THE "NIGHT'S KING" DOESN'T EVEN EXIST — yet. HBO has since changed the synopsis to read "a Walker," which was probably the worst thing it could do. (Covering your tracks makes you look really guilty, HBO.) But George R.R. Martin was probably banging down their door and threatening to cut their hands off so they most likely had no choice. Even so, it's not like we can un-see the huge spoiler they may have just revealed about the novels that Martin hasn't even published yet. Nice job, jerks.

So why is this a big deal? There's an entire page on A Wiki of Ice and Fire that describes the Night's King character and his mythology as a part of children's stories, after all. The big deal is that HBO officially knows everything that we don't. And if they went so far as to show the Night's King in Sunday night's episode AND prematurely name him (SMDH, so unacceptable), what's to stop them from revealing more unpublished material from the series? The glory that is the wildly popular Game of Thrones on HBO could single-handedly destroy the Song of Ice and Fire series for George R.R. Martin's literary fans with another mistake like this one.

Seriously, HBO — you had one job. There's only one acceptable punishment for dropping a spoiler this huge: