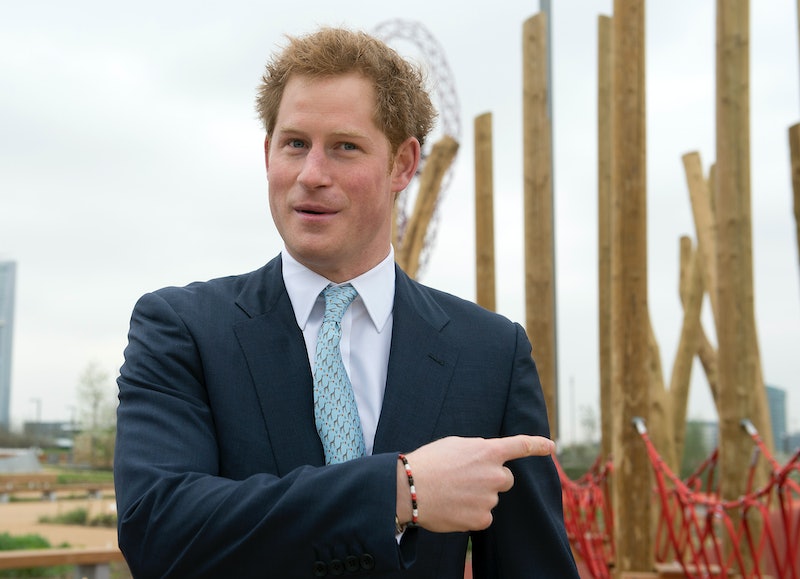 Don't expect another royal wedding any time soon. (Yes, this means you also can't expect any more tacky commemorative saucers.) Reportedly, Prince Harry and Cressida Bonas have split up after dating for nearly two years. According People magazine, Harry recently began telling friends that thing weren't going well with Bonas. A source who spoke with the magazine said, "He found her too needy and it just wasn't working out." Too needy? I guess he just can't be tied down when he has stuff to do like, ya know, walk across Antarctica.

Another version of the story claims that Bonas was the one behind the split because she does not want to be part of the royal family. A source who spoke with Showbiz Spy said, "Harry wants to settle down and get married like his brother. But Cressie is still young and had huge reservations about marrying into the royal family. Harry's hoping she'll change her mind, but for now the romance is very much off."

News of Bonas and Harry breaking up comes as a surprise considering outside spectators who know nothing of their relationship were sure the couple would be engaged by the end of the year. The signs were all there. Within the past couple months, Harry gave Bonas a key card to his residence at Kensington Palace and she attended her first official event with Harry. Was that all meaningless?!

If Harry and Bonas really did split up, the reveal comes on an interesting date. A date that will make the royal gossip lover inside all of us feel deep, agonizing pain. The news was announced on the third wedding anniversary of Kate Middleton and Prince William. I know. Who would do such a thing? A source, who probably isn't even friends with Harry, who heard about the split and decided that the wedding anniversary would be the perfect time to kill everyone's dreams? Yeah, that sounds about right.

Here. This should ease your pain: