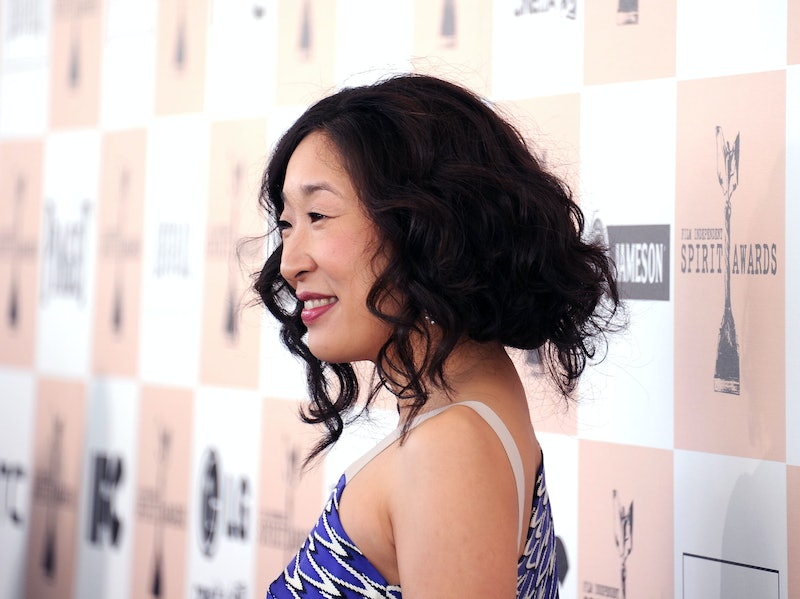 It's happening, you guys — Cristina is officially leaving Grey's Anatomy on Thursday. Fans were shocked when Sandra Oh, who has played the beloved Cristina Yang since Grey's premiered in 2005, announced that Season 10 would be her last.

"Creatively, I really feel like I gave it my all, and I feel ready to let her go," Oh told The Hollywood Reporter last August. "It's been a great privilege to play the character of Cristina Yang on Grey's Anatomy and I am both sad and excited to see where this, her final season will take her."

We won't know for sure until Thursday what exactly sets Yang's departure in motion, or whether she'll be around for the season finale, but we do know it has something to do with the return of Preston Burke (Isaiah Washington). Burke, who moved away after calling off his and Yang's wedding (and after Washington had that whole violent, homophobic controversy), will appear on the show for the first (and last) time in seven years.

So how exactly will Burke's return impact Yang's goodbye? In the promo ABC released, Burke suddenly appears out of the wings during Yang's speech, before saying to her, "I want you. All you have to do is say yes."

Given their history, at first this seems like a "I want you back romantically" proposition. But come on — what could he really possibly say? "Cristina... I know it's been a while, but I haven't stopped thinking about you for the past seven years and, even though I haven't made any effort to contact you in that time, I'm really hoping we can give this thing another try. What do you say?"

Would Yang even want to get back with Burke? In a lot of ways, essentially being left at the alter was devastating for Yang, but come on — after she realized he was gone at the end of Season 3 one of the first things she said was "I'm free." Sure, she immediately burst into tears after, but I imagine those were more tears of relief than anything.

Considering Yang was just turned down for the Harper-Averey award in the last episode, a few things are clear: if she wants that award she needs to not only find a way to expose the Harper-Averey association for what it is, but leave Grey-Sloane to do it. The question is, will it be with or without Burke?