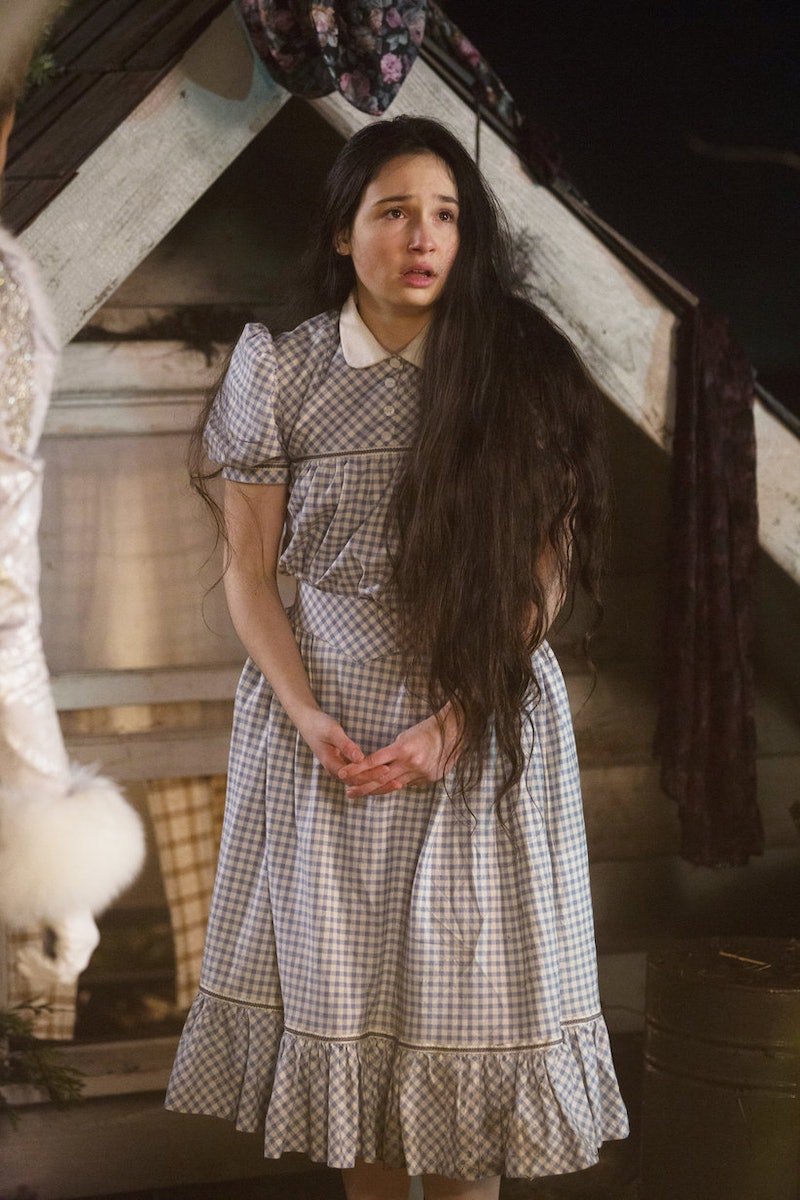 Well, I'm not so sure Once Upon A Time fans were expecting this: After widely publicizing the castings of both Rebecca Mader as the Wicked Witch and Sunny Mabry as Glinda, fans were likely shocked to see that Dorothy Gale would make an appearance during the final two episodes of Season 3. And even more shocked when they learned from the promo for Sunday night's penultimate episode that she's going to take down Zelena — not Emma or Henry, like everyone thought during last Sunday's episode. So who is OUAT 's Dorothy Gale?

Matreya Scarrwener, a young actress whose top-billing role thus far has been on The Killing , that's who. Scarrwener has appeared in a handful of short films and on R.L. Stine's The Haunting Hour in 2013. And on Sunday night's episode of OUAT, the actress will step into Dorothy's iconic ruby slippers and — according to the promo — she's going to take the Wicked Witch down like she was born to do it. (Which she more or less is, right?)

Here's the thing, though: How did none of us see this coming? It's likely because of the Internet and the theories floating around that either Emma with her red leather jacket being an allusion to Dorothy's ruby slippers or Snow and Charming's new baby would function as a Dorothy-figure to the Wicked Witch's storyline. (I honestly believed a lot of them, myself.) Well, we were all wrong (props to ABC for keeping this casting a secret) and it appears that the answer to everyone's Wicked Witch-problem is simpler than they thought. So how is Dorothy going to do it?

Now, Zelena threatens that she's going to make sure that Dorothy can't hurt her before conjuring up flames that look like she intends to burn her to death. Sigh, typical Zelena, always with the brutality. But Dorothy has to do next to nothing to A) prevent herself from being hurt and B) melt Zelena's face off. What type of magic is this?

We've seen a lot evil magic (Zelena, Rumpel, Pan, Regina) but we've only seen a few instances of good magic (Emma, the fairies, Glinda) and none of it seemed as powerful as this. So we've got a few theories about what exactly Dorothy's situation is here:

Whatever the reason, get ready to sing Ding-Dong, The Witch Is Dead, people.