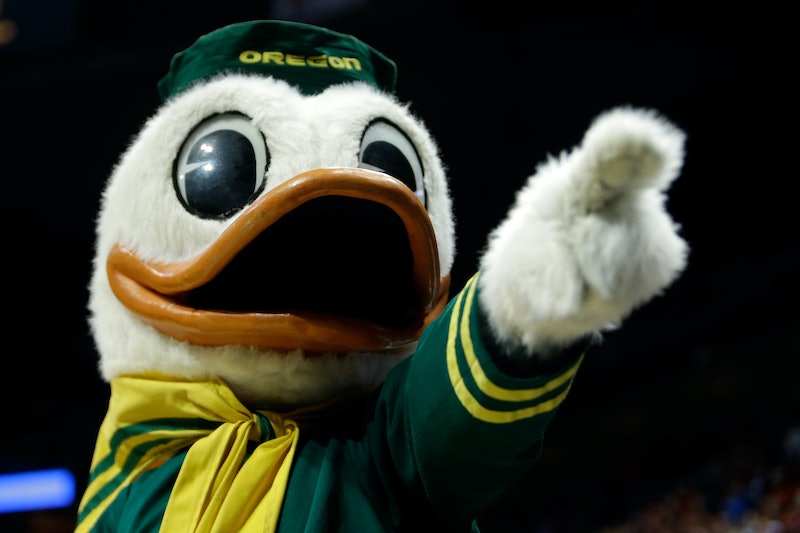 You walk through the Pioneer Cemetery everyday to get to class

...but you're still creeped out by the abundance of overgrown graves.

You love the new Allen Hall

Unless you graduated before 2012, in which case you loathe Allen Hall, and despise Agate.

What with its white picket fences and exposed brick.

if you sign up for any class before 10 a.m., you know it will feel like you're going to night school

Because of the thick layer of fog and grey that blankets the campus.

It's for breakfast, lunch, afternoon snack, dinner, and even pre-gaming beverages.

your go-to unifrom is sweat pants, a hoodie, a raincoat, and either ugg boots or rainboots

you know Tailgating isn't a hobby: it's an art form

and that On-campus housing is a ridiculous cost

But how else are you going to make friends unless you live in a shoebox with a stranger?

You know the awfulness that is any class in PLC

You might as well stay in your dorm room and get the notes online.

...Into a sea of half-clad bodies.

and that The turf is half used for sports, and half used as a shortcut to get across campus

Snagging a dorm in LLC makes you campus royalty

You've never actually stepped foot inside the Collier House, but you're pretty sure a ghost lives there

You know that the only color of cup that's acceptable to drink out of after 11 p.m. is red

oh, The sadness of The Oregon Daily Emerald no longer being Daily

How am I supposed to snag my free daily crossword now?

...and that Burrito Boy stays open all night long

You know that it never rains at Autzen Stadium: it pours touchdowns

and that Steve Prefontaine wasn't an athlete: he was a hero

you think the EMU is the most overused part of campus

From sit ins to concerts to markets, its central location makes it a pain to commute through.

you know the Fish Bowl is a great place to people watch, but it always smells like cafeteria food

Actually, that happened more than once.

and You know the town is called "Track Town, USA," but you figure "Track" must be a code word for "Football"

Are there any other majors?

You know every word to this song:

Because most of all, you're proud to be a duck