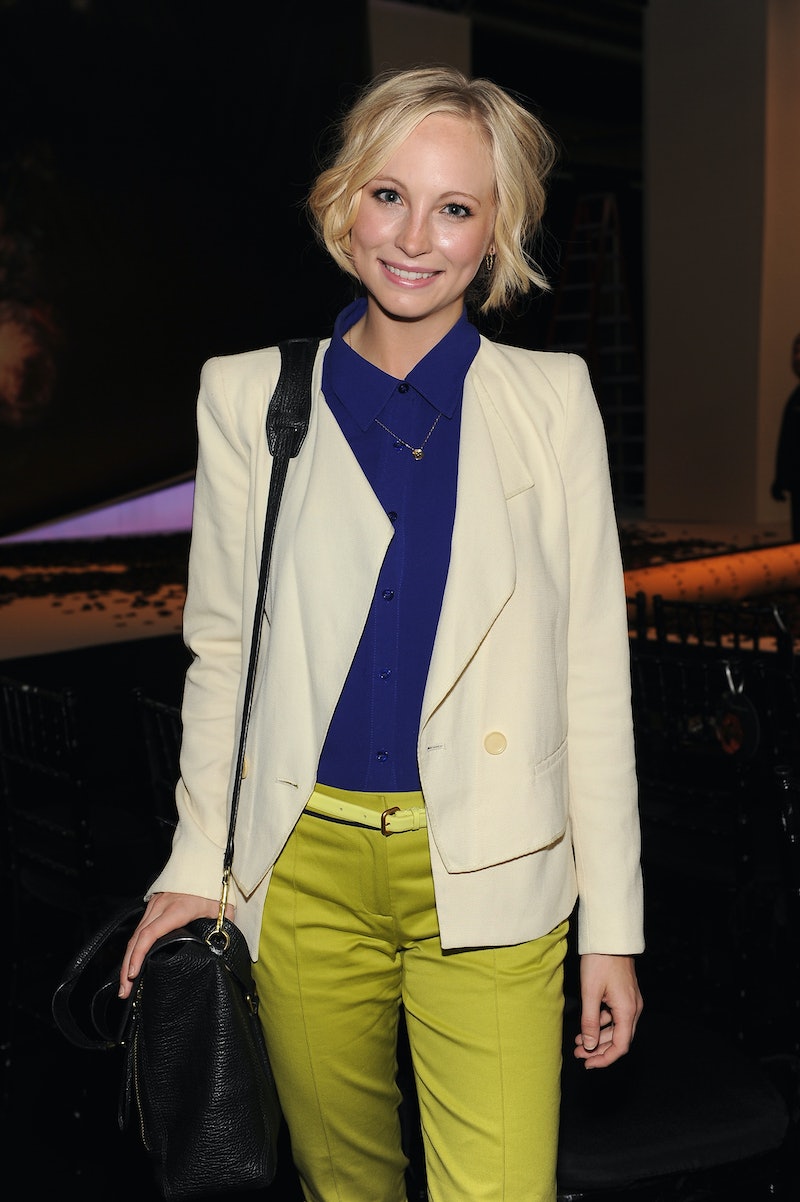 Who Caroline Forbes should date next on The Vampire Diaries has been a hotly contested issue here at Bustle (I stand with #Steroline, even though not everyone sees how perfect they are together). But while most Vampire Diaries fanatics have tracked all of Caroline's love interests, not everyone knows about the love life of the actress behind our favorite blond vamp. So whom has Candice Accola dated — and, more importantly, who has her heart now? Let's find out.

Much like her Vampire Diaries co-stars, Accola has dated within the Vampire Diaries family. Though she allegedly had a brief relationship with Steve McQueen (who plays Jeremy Gilbert on TVD) it was actually her one-time onscreen boyfriend Matt who stole her heart. In 2011, Accola began dating her co-star Zach Roerig. Though the two kept their relationship low key, they could be spotted doing adorable things like cheering each other on at paddle board races and quite possibly giving then-couple Nina and Ian a run for the Cutest Couple On Set superlative (if The Vampire Diaries cast actually did that sort of thing). Sadly, the relationship wasn't meant to be, and the two split up in May of 2012.

Accola's next relationship wasn't a part of the TVD cast (let's be honest, it would have gotten really awkward) but the two did collaborate on a project together. Candice's current guy, whom she began dating sometime after her breakup with Roerig in 2012, is the lead singer of The Fray Joe King. And it's definitely serious: Joe popped the question in May of 2013. In fact, Accola just starred in The Fray's new music video for "Love Don't Die."

And for these two, that claim seems to hold true:

Unlike just about everyone on The Vampire Diaries, let's hope that the love between King and Accola doesn't, either.