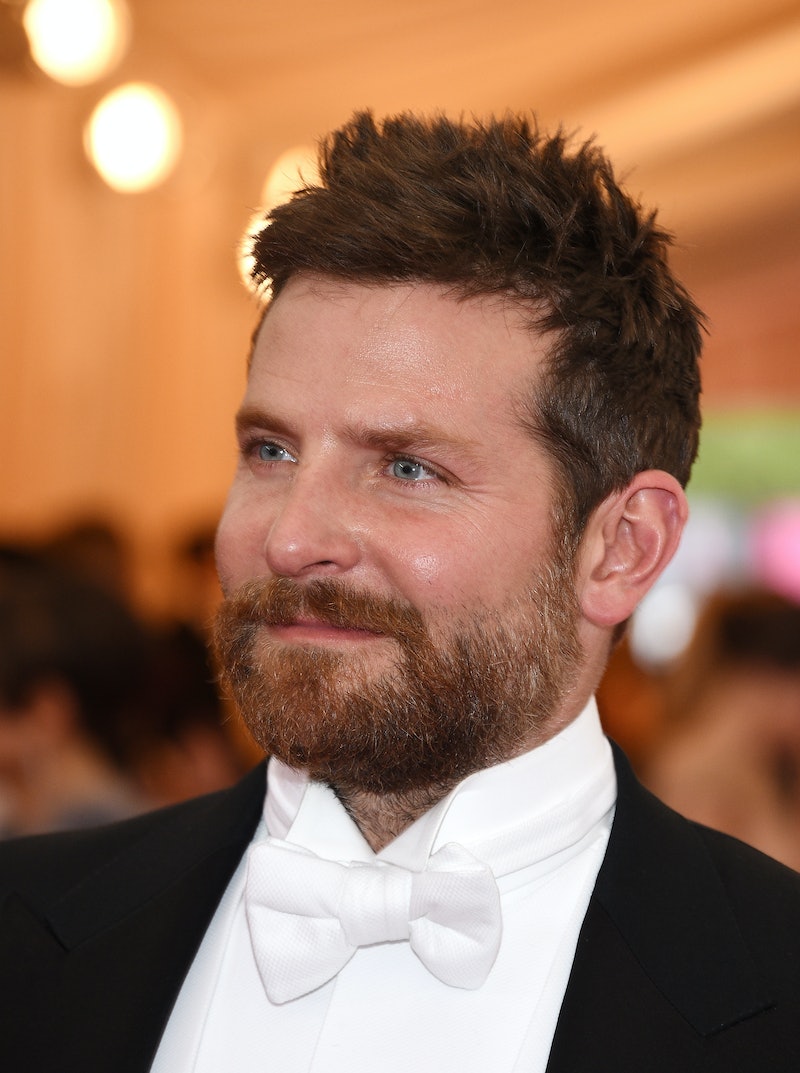 Bradley Cooper has had a major transformation which he debuted at tonight's Met Gala. He showed up in a spiffy suit accented by a significant weight gain and a bushy beard. The actor has packed on 40 pounds for a new role. But unlike stars who put on fat for a role, (like Jared Leto when he played John Lennon's killer in Chapter 27, which is why I can kind of never look at him the same. Not because of the weight gain, but because it's Lennon and I have loyalties.) Cooper's new body is mostly muscle. He's playing a Navy SEAL in American Sniper, the latest in a long line of patriotic films Cooper has signed on for. The character he plays is Chris Kyle who died last year shortly after he wrote the memoir the movie is based on. Apparently the lethal sniper was quite ripped as Cooper had to get into Chris Evans-style shape to compare to the real Kyle.

Cooper's co-star, Eric Close said Cooper is taking the role very seriously which is why he went through the physical transformation. "He really takes this story personally and wants to do an honorable job for Chris' memory and for his family," Close told E! News. See Cooper's new look below:

And here's a shot of him where you can see just how muscular he's gotten (the dapper suit tends to hide it a bit):

In case Cooper decides he wants to keep this beard and physique after the film's wrap though, he can always give it a go playing friend and fellow actor Zach Galifianakis in a film or Saturday Night Live parody because right now they look pretty much identical.