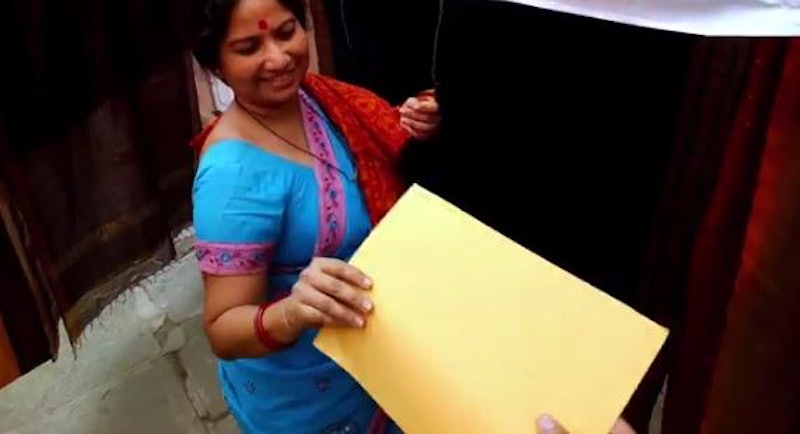 Google Glass has been called a lot of things since its debut, very little of it good. At best, it’s seen as a sign of unnecessary excess; at worst, it seems to herald the arrival of those future sci-fi dystopias where everyone experiences the world more through the lens of a smart device than in its natural form. But like all technology, whether Google Glass is “good” or “bad” really depends on how you use it — and filmmaker Aneesh Chaganty's short film Seeds shows the possibilities of Google Glass as medium for art in the best way possible.

Chaganty graduated from the University of Southern California’s School of Cinematic Arts last year. Seeds is the result of a collaboration with Google’s Glass Creative Collective, which funds Glass filmmaking around the country; it was shot over the course of 10 days in Los Angeles, San Francisco, Tokyo, and India. After he came up with the story idea — the journey of a young married man traveling all the way to India to tell his mother that a new addition to the family was on the way — Chaganty got to work, wearing the same clothing and a wedding ring throughout the shoot. It gives us a first-person look at the fictional father-to-be’s trip, as he boards planes, trains, and automobiles to get to his mother’s home. Here, give it a watch:

You guys. This made me cry. I cried actual tears over this. For reals.

Chaganty used a mixture of actors and real people; the mother character, for example, was played by Indian actress Maghumani Palla. But what of the non-actors? Was this method of filming invasive? Nope. Chaganty made sure not to use anyone’s likeness without permission: “If someone was not aware that I was shooting, we would never show their full face,” he said in an interview with Mashable.

Maybe this is just because I come from a theatre background, but in spite of the downsides of Google Glass, I’m incredibly excited about its potential as a method of storytelling. Glass Creative Collective and all the films that come out of it are just the beginning; think where it could go from there, especially if the types of films it’s used to make are as effective as Seeds.

The best part? Chaganty’s parents grew up in the area of India where he shot the film; his mother was in the country with him during the shoot, allowing them to travel around her hometown together. He gave her a copy of the finished film as an early Mother’s Day gift.

Now if you’ll excuse me, I think I have to go cry again. Because that is adorable.