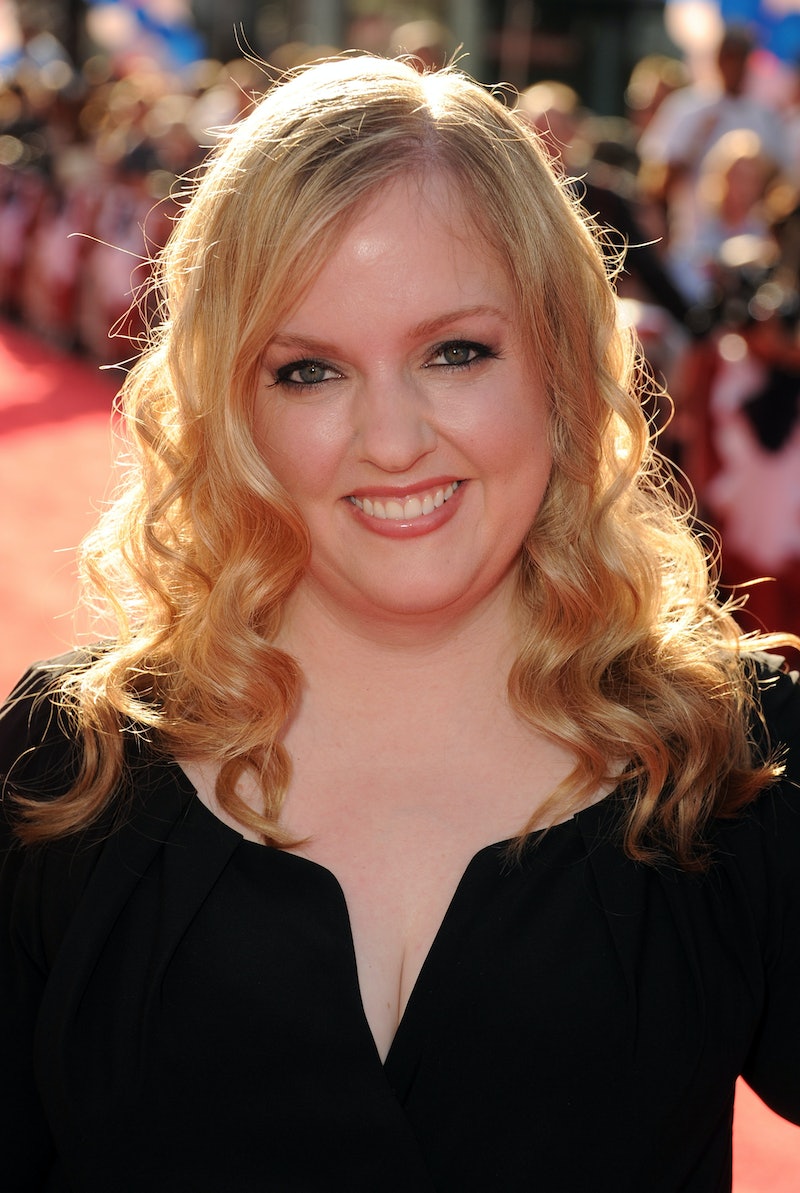 Monday night, FX's hit comedy Louie will air a new episode titled "So Did The Fat Lady," and if you're like us, you'll be absolutely blown away by guest star Sarah Baker's performance. In the episode, Baker plays Vanessa, a beautiful, smart, and funny woman who — say it, Louie — also just happens to be a self-proclaimed, self-assured, takes-no-bullshit fat lady who goes on a date with Louie. They eventually head out on the town together and the episode takes an incredible turn that ends with Baker's character Vanessa giving an impassioned speech to Louie about the things that are thought about the stigma of being a "fat girl."

While it's Louis C.K.'s words that truly resonate here, it's Baker who helped bring them to life so honestly. It's a brave, unflinching performance that makes for one of the best Louie episodes to date. And, without spoiling the episode's conclusion, it's likely we won't see Baker on Louie again. Not because she wasn't great or we wouldn't love to see more of her character, but because Louie follows an off-beat structure when it comes to recurring guest stars. But, hopefully, Baker's wonderful stint on Louie gets her even more work deserving of her talents.

Of course, during the episode you'll probably recognize Baker from some of her previous work. The Groundlings (you've heard that comedy troupe name before if you love Kristen Wiig, Melissa McCarthy, Taran Killam, or Jim Rash) alum made her screen debut in the 2002 Reese Witherspoon romantic comedy Sweet Home Alabama, and has since had other supporting roles in movies like 2012's political comedy The Campaign , in which she played Zach Galifianakis's wife Mitzi. Thankfully, we'll get to see Baker again soon, and on the big screen no less, when she appears in the upcoming anticipated crime comedy Tammy, starring Melissa McCarthy.

Even though Baker has made her mark on movies, it's television where you've probably noticed her before. The actress, who appeared on short-lived series such as Free Radio and The Lance Krall Show, has had other memorable guest appearances on shows like The Office, Modern Family, and Bones.

But Baker is, perhaps, best known for playing the cat-friendly Sonia on the (also, sadly) short-lived NBC comedy Go On (above). That will likely all change after Monday night's Louie episode, when Baker will be known as the actress who not only resonated with viewers thanks to her lovely, relatable performance, but matched wits with the great Louis C.K.

More like this
Who Is Machine Gun Kelly’s Daughter Casie? His 'Life In Pink' Trailer Features Footage Of Her
By Grace Wehniainen
Why Sarah Jessica Parker Wanted Fans To Stop Calling Her Hair Choice “Brave”
By Brad Witter
Zooey Deschanel Can't Be Anyone But Herself
By Samantha Leach
Sadie Sink Would Escape Vecna From 'Stranger Things' With This Taylor Swift Song
By Grace Wehniainen
Get Even More From Bustle — Sign Up For The Newsletter