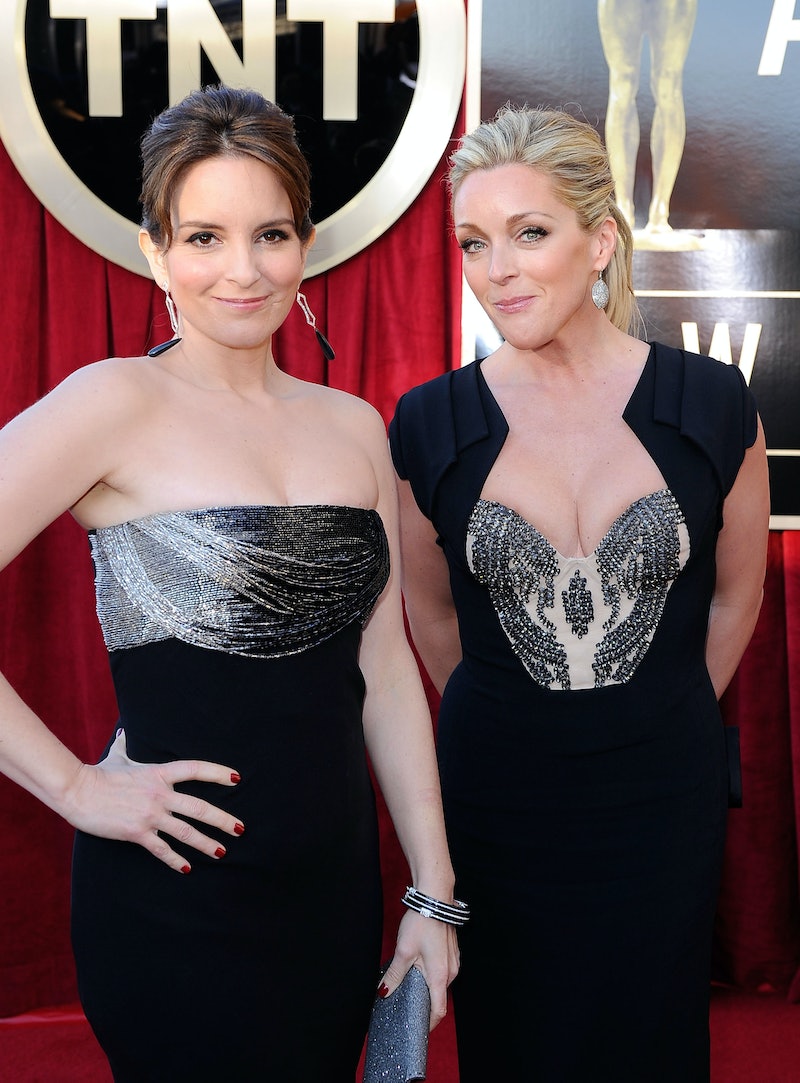 Shhhh. Do you hear that? That's the sound of all being right with the world once again. Jane Krakowski and Tina Fey are reuniting in sitcom land, pulled together once again by fate and television business practice. And it will no doubt be glorious. The project is Unbreakable Kimmy Schmidt, that Ellie Kemper-starring sitcom Fey and former 30 Rock co-executive producer Robert Carlock are working on for NBC. Kemper will be playing the titular Kimmy, a woman adjusting to life after 15 years of living in a cult. She moves to New York, where she winds up working as a nanny, employed a rich Upper West Side mom (Krakowski).

Though Fey will not be starring in the sitcom alongside Kemper and Krakowski, this does feel like a fitting next chapter to their story considering the years they spent together on 30 Rock. This news also comes directly after Dead Boss, Krakowski's most anticipated post- 30 Rock project to date — sorry, Tropicana commercials — was not picked up by Fox, despite its dynamite cast.

Krakowski's character apparently only has one scene in the pilot and is recurring instead of regular, but given her history with both Fey and Carlock, we have no doubt they can write to her strengths and give us another character to love and/or be generally baffled over.