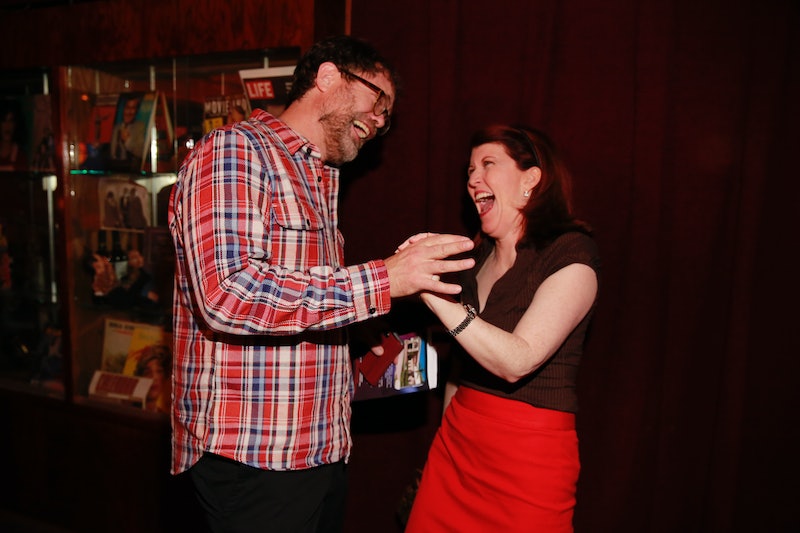 One of the best things about a new TV season is the fact that, oftentimes, the medium's most-beloved stars are able to return in new and exciting ways. And with the arrival of FOX's inventive-sounding new comedy crime procedural, Backstrom, we're going to get more of one of our favorite character actors — at long last. That's right, folks: The Office 's Rainn Wilson, is back on TV.

The series centers on a brilliant-but-awful nincompoop of a detective (played by Wilson) who is brought back from exile to run the Portland Police Bureau's Special Crimes Unit (S.C.U.). Which sounds like the perfect place for him to be, considering his myriad qualities as an actor-person. Because, in this role...

He Gets to Be Creepy

If there's one thing Rainn Wilson has always proven to be quite good at, it's being creepy-slash-unsettling. The actor has wormed his way into our hearts by being the off-kilter nincompoop for the ages, and by the looks of the Backstrom trailer, that's exactly what we're going to see more of. Only with more grit. (This definitely seems a bit grittier, doesn't it?)

But In a Funny Way

Because, let's be real: Could anybody with that versatile and emotive a face be relegated to one single genre alone?

His Character Lives in Portland — BRING ON THE WEIRDOS!

Are you noticing a theme? We love the endearingly weird and delightfully strange, and nowhere else in the world are those adjectives more at home than in Portland, Ore.

The words "unhealthy," "offensive," and "irascible" are all used to describe the detective Wilson plays. Um, is it just us or are those all words you'd use to describe the incorrigible Mr. Schrute? Add in the creepy death factor, and you've basically combined Wilson's two best TV gigs: The Office and Six Feet Under .