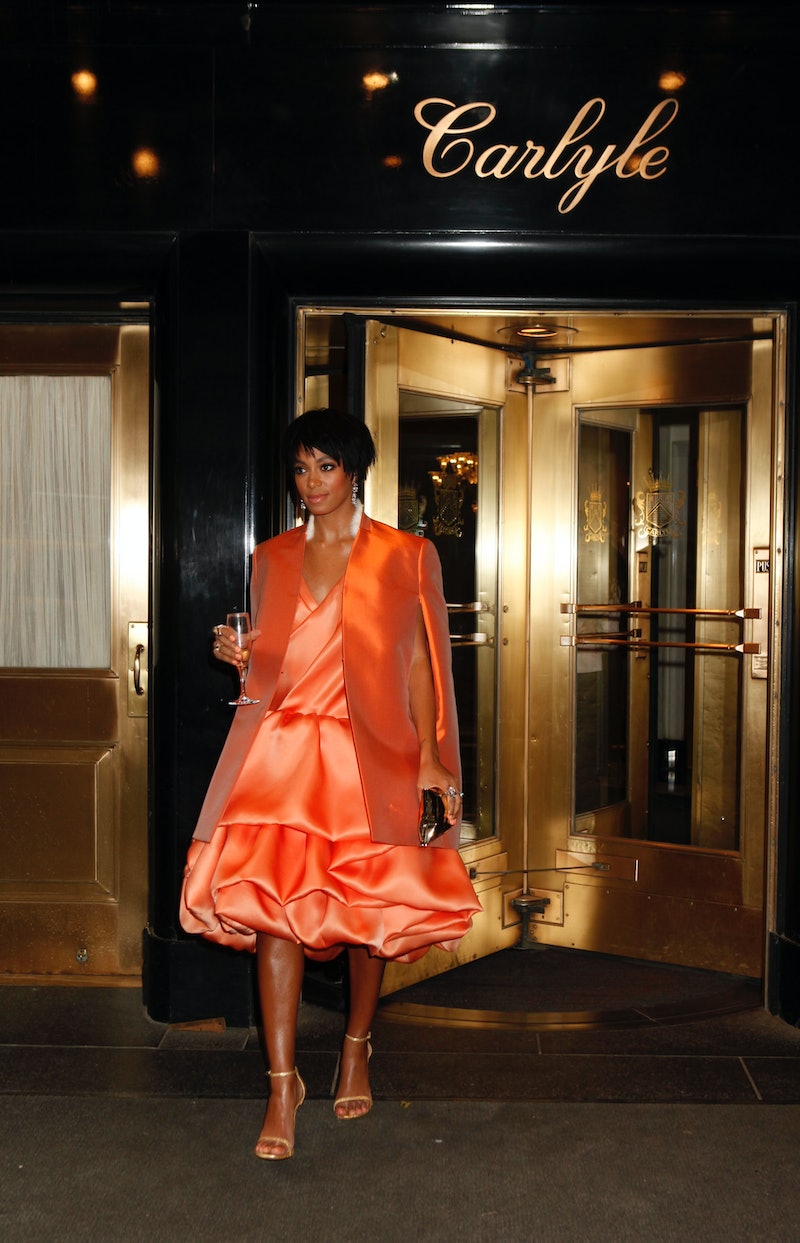 The Solange Knowles and Jay-Z elevator incident continues to develop, as the hotel where the altercation took place has now spoken out about the leaked video. And with good reason: The footage of the fight came from an elevator security camera inside the hotel — following its release to TMZ, it's easy to imagine patrons are starting to wonder what the leak means for their safety and privacy. And, in a statement, representatives from The Standard Hotel made clear their concerns too, saying that they are, ""shocked and disappointed that there was a clear breach of our security system."

The video shows Solange Knowles attacking Jay-Z inside of an elevator at The Standard Hotel while being held back by a bodyguard. Beyoncé, meanwhile, calmly tries to help ease the situation in the background. The Standard Hotel's statement continued, "We are investigating with the utmost urgency the circumstances surrounding the situation and, as is our customary practice, will discipline and prosecute the individuals involved to our fullest capacity."

So far Jay Z, Solange Knowles, and Beyoncé have yet to make a statement about the incident. The cause of Solange's actions have yet to be explained and the incident has spawned a troubling Twitter trend called #whatjayzsaidtosolange. Here's guessing a steady stream of news surrounding the incident will lead to more.