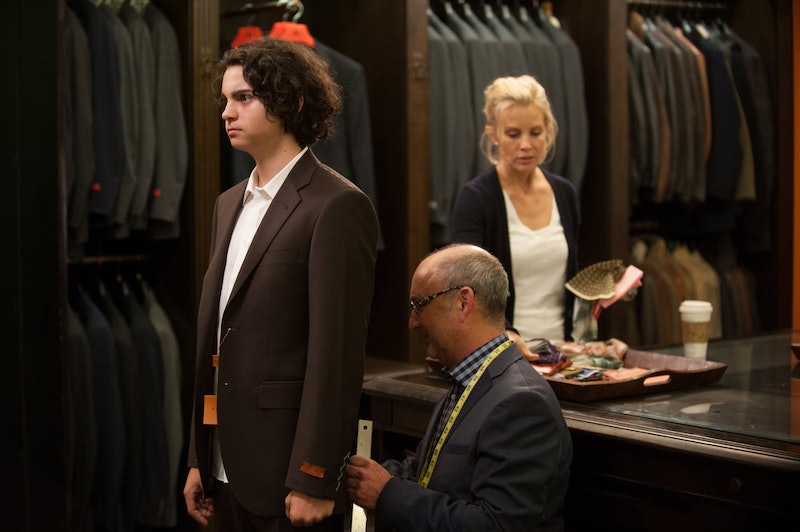 For a season finale, Parenthood 's ender back in April was surprisingly quiet, with most of the episode devoted to the characters' relationships, not big, series-altering action. Save for a long-awaited kiss and the buying of a pregnancy test, most of the hour consisted of the type of calm, talk-heavy drama that may make Parenthood one of the best shows on TV, but not exactly the most exciting. So it's a surprise to discover that one of the most action-packed scenes in the finale — and remember, this is Parenthood, so nothing's really "action-packed" — ended up being cut from the episode. Why the producers didn't want to show Max's graduation from middle school is beyond me, but never fear, Braverman fans, because NBC has made the scene available to watch online.

In the thirty-second clip, Kristina, Adam, and baby Nora are seen sitting in the audience at Max's graduation ceremony, watching eighth graders take to the stage to receive their diplomas. One by one, the kids shake the hands of their principal and Mayor Bob Little, who, you'll recall, beat Kristina in the Berkeley mayoral race. "Got any eggs?" Kristina whispers to Adam, a nod to that time the couple egged a billboard featuring Little's arrogant face.

Then, Max appears on stage, clad in the suit we saw him buy earlier in the episode. As his parents cheer, the graduate shakes Little's hand, but not without telling him, "my mom should've been mayor." He's less polite with the principal, who Parenthood fans will remember has been less than helpful in dealing with Max's bullying. The principal looks displeased, but Kristina and Adam's expressions are a perfect mix of surprised and proud. Max may have issues with his peers, but when it comes to authority figures, he has no problem telling it like it is — and, as Parenthood has so wisely taught us, that means defending your family and not giving respect to those who don't give it to you. Let's hope those life lessons continue when the show returns for season six this fall.

Watch the deleted scene below: