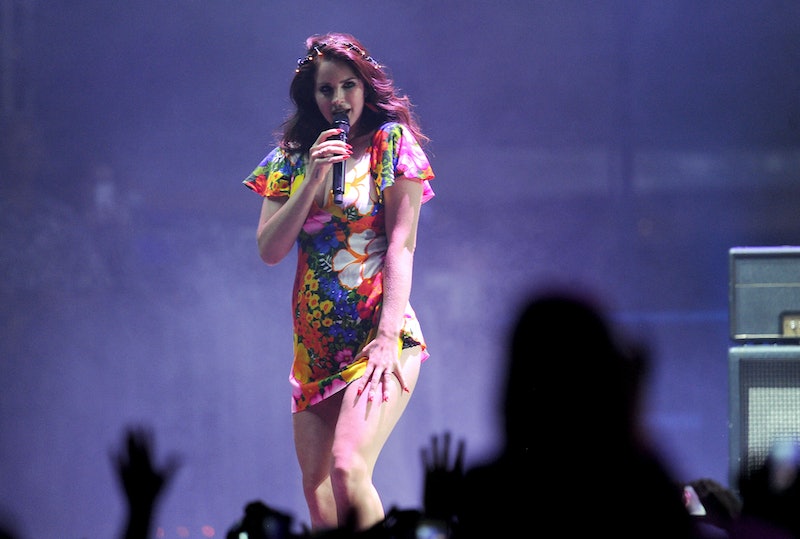 It’s no surprise that Beyoncé leads the pack when it comes to the cost of ticket prices for female artists. It is however more than a little questionable that Lana Del Rey comes in at #2 on Forbes’ list of most expensive female performers. Not only is it shocking that Lana Del Rey is second to Beyoncé, but that the average cost of her ticket prices are more costly than Miley Cirus, Lady Gaga, and Katy Perry. I suppose all of that brooding is harder to produce than the glitter-bombed spectacles of Cyrus, Gaga, and Perry.

However, it’s more likely that the reason Lana Del Rey tickets cost so much is that she performs live far less often than her fellow pop stars. Unlike the other four female artists whose concerts costs fans the prettiest pennies, Lana Del Rey doesn’t go for huge 200-date mega arena tours. Instead, she performs less frequently and at much smaller venues. Ah, suppy and demand, you old dog you.

Looking at these average ticket prices and considering the sore state of the economy (AMIRIGHT?), we think there are puh-lenty of other concerts that are more worth your well-earned dollars. Take a look at these amazing female artists whose live shows deliver the goods without breaking the bank:

If you were lucky enough to catch Lorde on her last tour, you know her ticket prices were beyond fair, especially taking into consideration her rapid ascent into pop fame. When she performed in Philadelphia last March at the Tower Theatre, tickets were $29.50 and $49.50.

Want to catch your favorite band in their hometown? Well you can get dance floor tickets for only $47.35. I'm sorry, Lana Del Who?

It's all the camp and spectacle of a Gaga show without the blood and alien fetuses! Her Vegas arena dates cost $64 - $208, but if you catch her in smaller cities, like Louisville for example, you can see her for just $36.50. She looks amazing, by the way.

Ah, you MUST think the Queen of Country would charge an arm and a leg for her live show, right? NOOOOPE. Underwood's upcoming tour date in Lake Tahoe costs $89.50 - $175.50.

More like this
Twitter Has Very Mixed Feelings About The New 'American Idol' Winner
By Jake Viswanath
Taylor Swift, Kerry Washington & More Speak Out On Uvalde Mass Shooting
By Jake Viswanath
Ryan Reynolds Brought Some Famous Friends To Wrexham A.F.C's Last Game Of The Season
By El Hunt
Jake Daniels Just Became The UK’s First Active Football Player To Come Out As Gay Since 1990
By Sam Ramsden
Get Even More From Bustle — Sign Up For The Newsletter