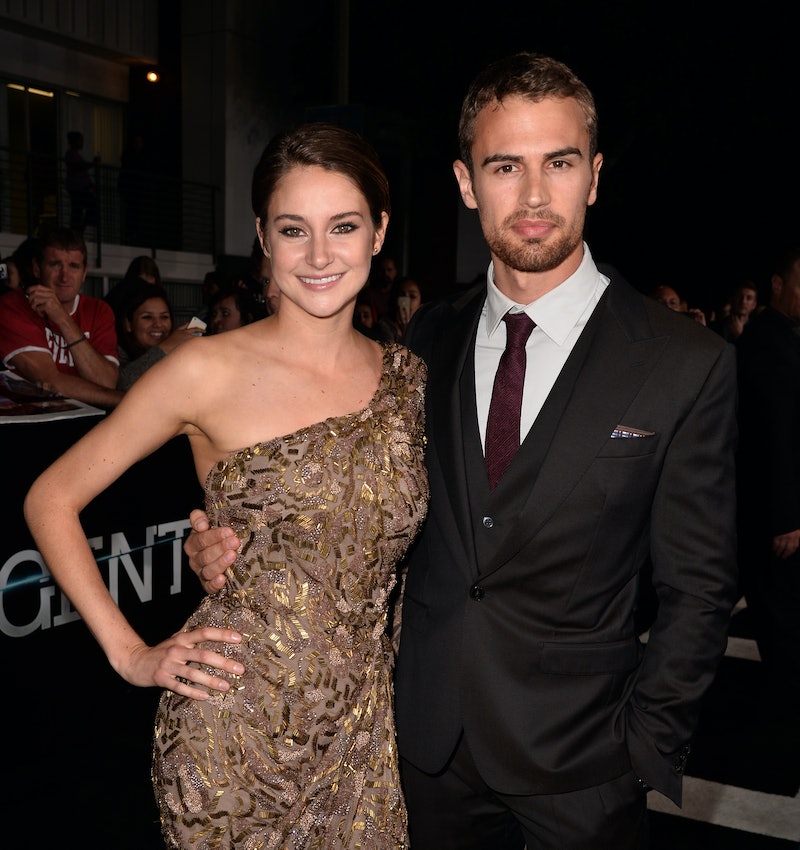 She's got a great thing going with all of her costars, apparently. After weeks of adorable, chemistry-filled The Fault in Our Stars behind-the-scenes footage of Shailene Woodley and Ansel Elgort, another one of Woodley's costars is taking center stage. On Tuesday, fans got a taste of what Woodley and Theo James were like behind-the-scenes of Divergent , along with the announcement that the film will be released on DVD on August 5. And, just so you know, they find armpits to be really sexy.

Now, James and Woodley's chemistry isn't as unbelievably amazing as what she's got with Elgort. (Because Augustus and Hazel 4ever. Right, guys?) But their comedic timing is on point and kind of adorable — and any BTS footage of these up-and-coming stars is something I always want to see. Especially if it shows a little snippet of the Woodley doing her own stunts — god, that girl is cool.

Woodley and James joke from beginning to end in this 30-second clip, which is part of the special features documentary "Bringing Divergent to Life," on the film's DVD. The stars start their mini-riff on "Day 11's" stunt with a classic name-swap and end with James' perfect deadpan that he does, in fact, love armpits. Dreamy.

As if you needed another reason to be obsessed with Divergent's stars — watch the clip here: