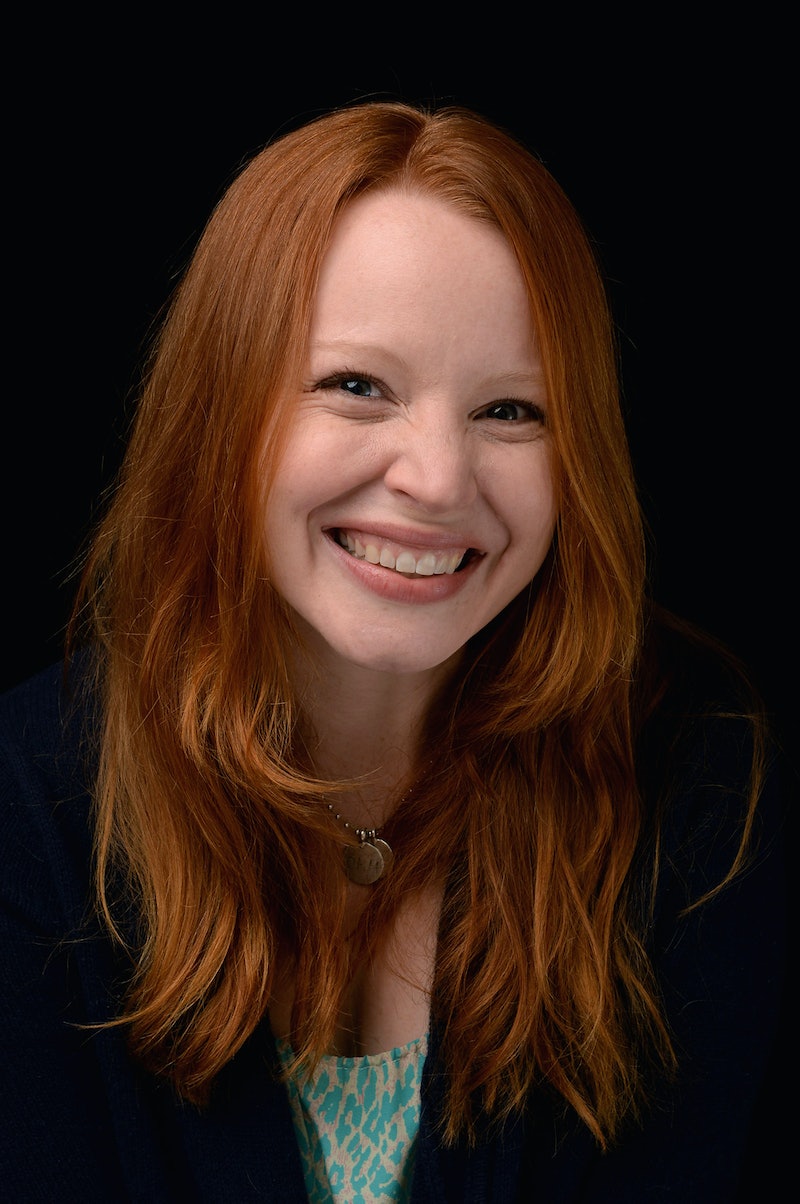 If you're anything like us, you desperately love and miss Six Feet Under and whenever you need a good, heaving cry then you just watch the last few moments of the series finale. (Works like a charm, every single time.) So it's always a delight when we get to be reacquainted with the Fishers, like when we found out, via The Hollywood Reporter, that Lauren Ambrose (better known to Six Feet Under fans as little sister Claire Fisher) will be back on television in the new USA conspiracy theory series Dig. Ambrose will play an evangelical character named Debbie who begins to question her faith when a fellow disciple disappears. Ambrose's new role, of course, got us thinking about Six Feet Under and missing the entire cast. So with Ambrose busy with her new gig, what are her old co-stars up to?

Well, we know for sure that Peter Krause (big brother Nate Fisher) will get another season as Adam Braverman on Parenthood (woo hoo!), that Chris Messina (who played Claire's future husband Ted) is making everyone swoon as Dr. Danny Castellano on The Mindy Project and that Fisher family matriarch Ruth was creeping the hell out of everyone as Myrtle Snow on American Horror Story: Coven . We also know for sure that, while Michael C. Hall (middle Fisher child David) won't be bringing Dexter Morgan back to life anytime soon, the actor (who is currently appearing on Broadway in The Realistic Joneses) will next be seen on the big screen in the upcoming thriller Cold in July.

But how about those outside of the Fisher clan? Freddy Rodriguez -- who played Rico, an employee who eventually becomes a partner at the Fisher's funeral home -- will be seen this summer in the new NBC drama The Night Shift . Unfortunately, two members of the extended Fisher family won't be on our televisions for the time being, as Lili Taylor's (who played Nate's first wife Lisa) sci-fi saga Almost Human, James Cromwell's (Ruth's former lover George) thriller Betrayal, and Jeremy Sisto's (who played Nate's troubled brother-in-law Billy) comedy Suburgatory both got canceled by their networks, respectively.

There's nothing currently on the horizon for Rachel Griffiths (Nate's second wife Brenda), who appeared in 2013's Saving Mr. Banks, or Mathew St. Patrick (David's partner Keith), who was last seen in an episode of NCIS last year. Maybe Lauren Ambrose can snag some guest spots for her old Six Feet Under friends. We'd watch it in a heartbeat!

More like this
'Stranger Things' Star Joe Keery Ditches The Upside-Down With New Single "Change"
By Radhika Menon
Lauren Rae Is Bringing Back The Sex And The City Vibes In Her New Memoir
By Shahed Ezaydi
“The Door Is Always Open” For Another 'Breaking Bad' Spin-Off, Says AMC Boss
By El Hunt
All The Sneaky Lindsay Lohan Movie Easter Eggs In Her New Ad, Explained
By Stephanie Topacio Long
Get Even More From Bustle — Sign Up For The Newsletter