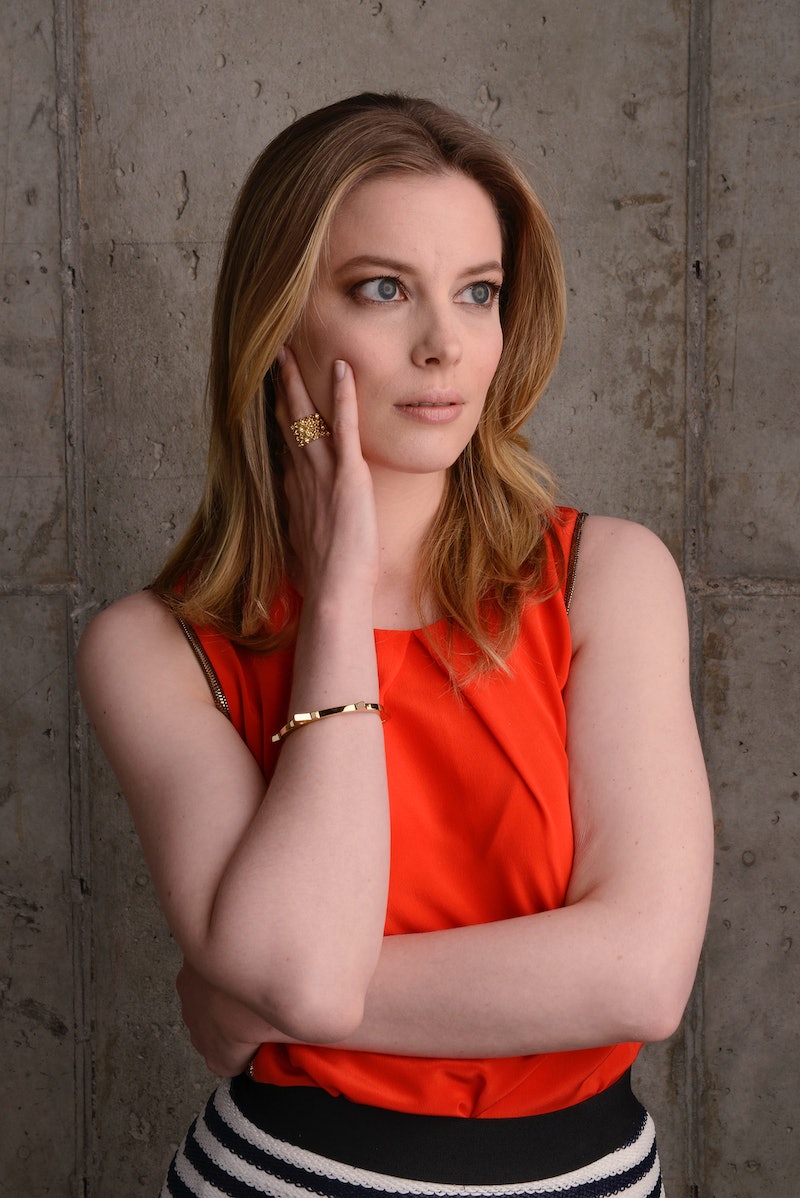 Fans still mourning the cancellation of Community had reason to rejoice on Wednesday when the news broke that Gillian Jacobs, a.k.a. Britta Perry, scored a role on Girls Season 4. Especially given the many cliffhangers Girls left us with last season — Iowa Writers Workshop?! — those close to the show have been trying (and, occasionally, failing) to keep its details under wraps, meaning there's very little to go on so far in speculating what Jacobs' new role will be. All that was really clear in the announcement was her character's name, albeit an evocative one: "Mimi Rose." Now, however, Jacobs has released a few additional tidbits in an interview with Entertainment Weekly — namely, that her character is "a multimedia artist who doesn’t agree with Hannah’s interpretations about art and challenges her ideas," that she wore her own pair of Converse shoes while filming, and most importantly, that she doesn't want this character to be just another Britta Perry.

For instance, when asked what attracted her to the role, Jacobs answered:

I thought it was really great because it was different from Britta, and I thought it would be really fun to get to do a different kind of character on a comedy but a different sort of comedy — one that has very serious, dramatic episodes and then really fun, silly episodes.

And this sentiment of "all different, all day" apparently extends even to her wardrobe choice:

And that is, frankly, awesome.

I mean, leather jackets are great, as are drama-free comedies, but Jacobs' conscious choice to distance herself from a beloved and successful character to round out her image is smart — even a little ballsy. Especially so soon after Community's demise, it would certainly be easier to coast and give the people what they know and love.

Plus, it's no secret that there are plenty of actors who get by essentially playing the same role over and over: You've got your Jack Blacks, your Michael Ceras, every crazy face Jim Carrey's had to pull, every baby voice Adam Sandler's had to slog through — each one stuck miming some watered-down iteration of his breakout role for all eternity. Hell, if Joel McHale decided to host an episode of The Soup in character as Jeff Winger, I doubt anyone would even notice.

Which is not necessarily a bad thing, of course. All of these guys are excellent at what they do, and Carrey even got a brief dramatic break in Eternal Sunshine of the Spotless Mind. Still, there's a fine line between "playing to your strengths" and "living in a hellish Groundhog Day-style career limbo" (see: Sandler's self-referential Funny People) — and it looks like, even if just by nixing stripes and leather jackets, Jacobs is going to avoid that tightrope walk altogether. More power to her.

Still, Jacobs hasn't totally ruled out bringing a little of her Community role to Girls : "I don’t think I’ve Britta’d anything yet," she asserts, "But I’m sure that will come." It's cool, girl — we all Britta from time to time. And with this pointedly un-Britta career move under your belt, you've got some serious leeway.