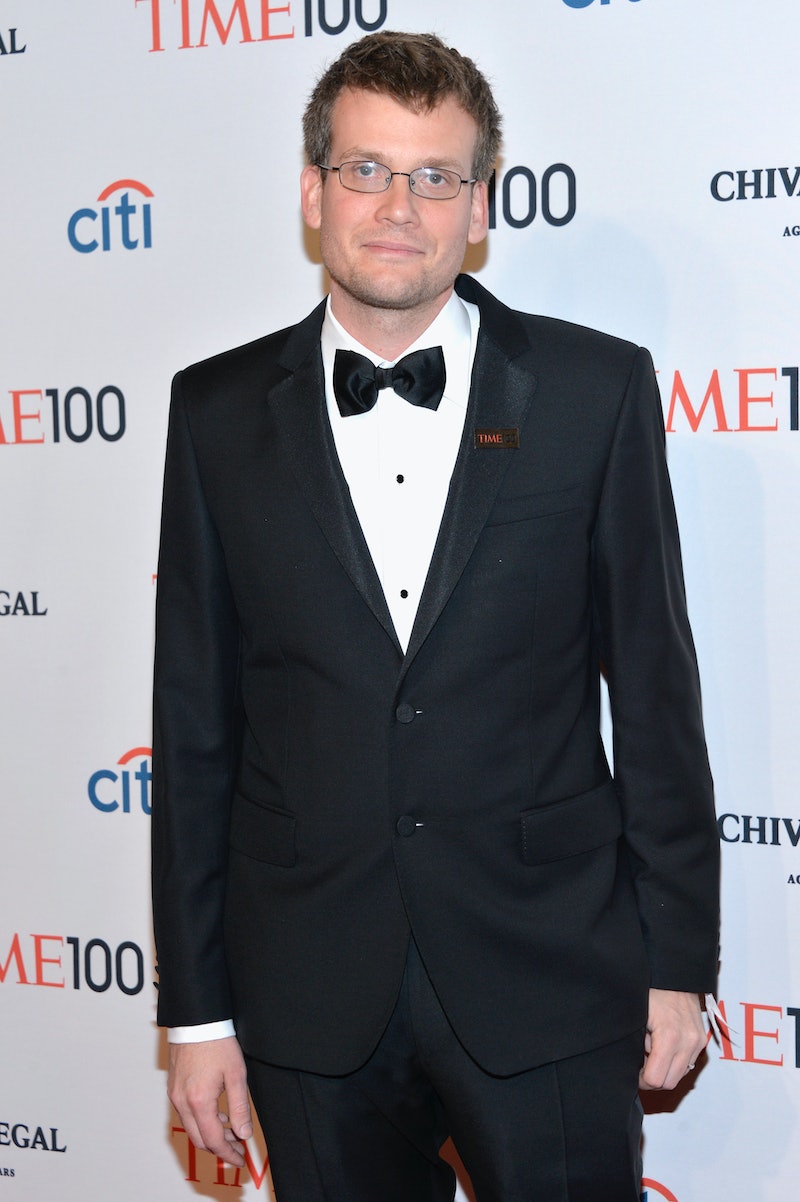 The Fault in Our Stars may be one of the most beloved books of the last few years, but, like any good novel, it's gotten its fair share of criticism. When first released, some critics questioned whether its dark, cancer-centric storyline was appropriate for teenagers, while others condemned the book for its "too sad" ending (as if that's a reason to dislike something). Others, meanwhile, panned the novel's dialogue, particularly the mature, thoughtful, and yes, somewhat pretentious words coming from the mouth of Augustus Waters. In a interview with Rookie posted on Tuesday, John Green shared his response to those who felt TFIOS ' protagonists were too smart for their own good.

“I don’t think adults give teenagers enough credit as intellectually engaged people," Green said. "The way teens approach big, important, interesting questions is more interesting than how adults do, because they tend to ask them without fear or embarrassment. They’re willing to ask why suffering exists, or ‘What’s the meaning of life?’ Adults ask those questions under 72 layers of irony for fear of appearing unsophisticated.”

Shailene Woodley, who plays Hazel in the upcoming film, has a similar view, saying that Hazel's sophistication comes from her not thinking "she’s special in any way shape or form... I’m inspired by her ability to recognize the faults in the world and to see the wrong in them, but not feel like it’s her job to correct them. Those are important lessons for all of us to learn.”

Still, Green acknowledged that his characters don't talk exactly like typical teenagers, but instead, like the way teens “want to think they talk.” And it's true; what teen, or really, what person of any age, wouldn't want to be as eloquent as Gus is when talking about love, oblivion, or even the meaning of an unlit cigarette?

Elsewhere in the interview, Green revealed trivia like the meaning of the name Hazel (to represent the character being in-between worlds, since the color hazel is between brown and green), and the reason he won't describe what happens after the book's end (“when you start giving people answers to things outside the text, it gives the author a power I don’t want to have.") Ansel Elgort, meanwhile, discussed the famous scene in which Gus becomes sick at the gas station, calling it "the toughest thing I’ve done as an actor,” while Nat Wolff, who plays Isaac, reminisced on famous "night of the broken trophies."

Articles like this just get us more and more excited for the movie, which will premiere in the U.S. in only ten more days. TFIOS fans, prepare yourselves; if the movie cast's own words are any indication, the film is going to be just as emotionally draining as the book, in the best way possible.

Said Woodley: “the thing about John Green, and this book, is that these aren’t new ideas—it’s just a way of articulating these thoughts we have in our hearts, in words that make sense. People are going to see it and be affected.”

More like this
10 Must-Read New Books Out This Week
By K.W. Colyard
'Derry Girls’ Dylan Llewellyn Will Star In C4’s New Queer Comedy
By Rachel Mantock
A 'Bridgerton' Star Just Dropped A Major Hint About Joining The Live-Action Barbie Cast
By Bustle UK
What Makes A Sally Rooney Sex Scene So Hot?
By Samantha Leach
Get Even More From Bustle — Sign Up For The Newsletter