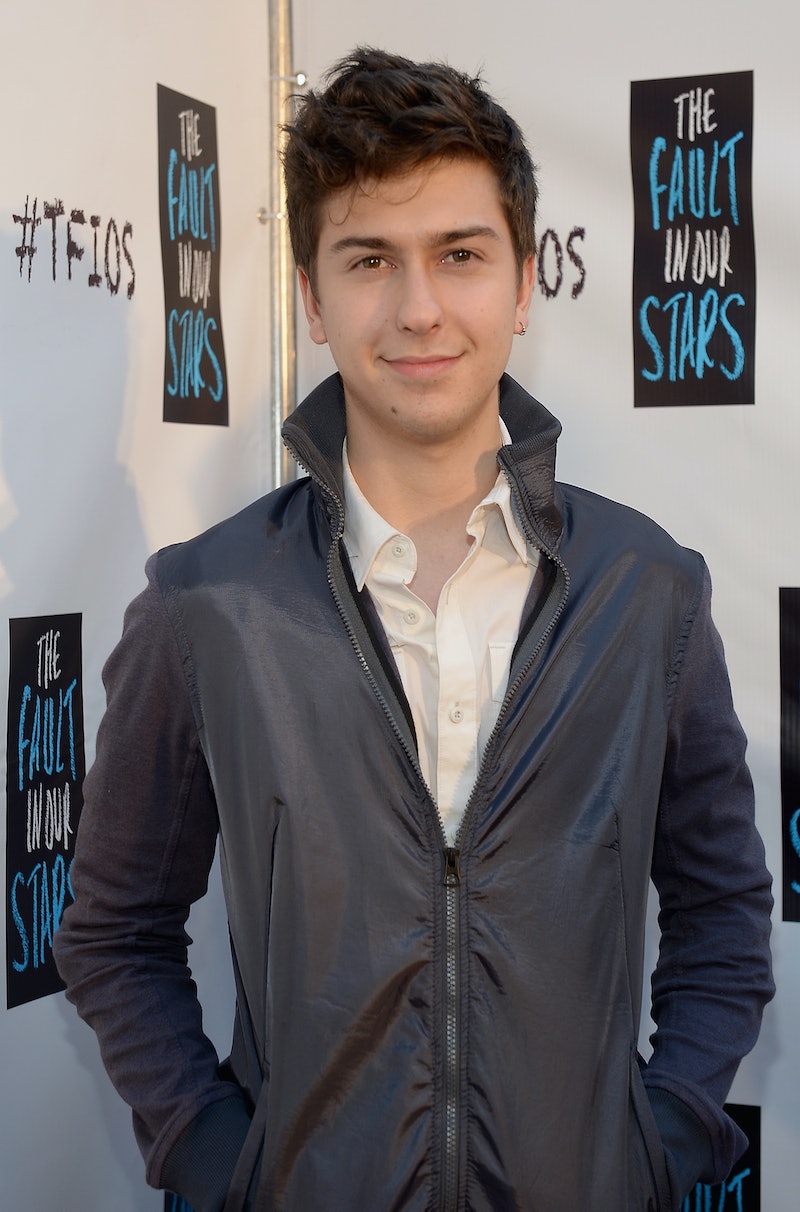 Lately, there's been a lot of attention on The Fault in Our Stars , mostly on its three principals: Shailene Woodley, Ansel Elgort, and, although not an actor, John Green. Woodley, already a star, has captivated the press with her admissions of clay-eating and voluntary homelessness; Elgort, a relative newcomer, has caught the eyes of many of the movie's female fans; Green, an established Internet celebrity, has seen has appeal grow even greater thanks to his constant Twitter updates and inclusion on the Time 100. Yet while all three TFIOS stars deserve their fame, all the focus on them has made it easy to forget about one of the movie's other main leads: Nat Wolff, who plays Isaac in the film, and who might just be on his way to becoming a bigger star than any of the others — that is, if we give him the attention he deserves.

Prior to The Fault in Our Stars, Wolff was known solely to viewers of Nickelodeon and the few people who caught Josh Boone's Stuck in Love before it went out of limited release. He had a substantial role in 2013's Admission, a college-set rom-com, but with co-stars that included Tina Fey and Paul Rudd, Wolff's performance, while fine, was overshadowed. This year, however, the actor's career took a major turn; suddenly, instead of being a background player, Wolff was starring in James Franco's Palo Alto , getting cast in The Stand , being listed as the lead for Paper Towns , and, of course, co-starring in one of the year's most anticipated movies, The Fault in Our Stars.

A change in career that major would be impressive for any actor, but for a 19-year-old whose biggest pre-2014 claim to fame was performing in a band that had "Naked Brothers" in the title, it's pretty remarkable. So while it's fine that we're showering his TFIOS co-stars with attention, it's about time we take Nat Wolff seriously; if things go well, a year from now, he might just be a bigger celebrity than any of them.

Assuming The Fault in Our Stars is as big a success as everyone expects, Wolff, alongside his co-stars, will see his worth skyrocket. He'll be able to pick and choose films with a bit more ease than he currently can, and will likely have stronger parts offered to him than he previously received. It's already happening; Wolff's casting in The Stand, a Stephen King adaptation that could be hugely successful, was a result of the director writing the role specifically for him. Paper Towns, too, another film based on a John Green novel, will undoubtedly bring the same type of audience (re: huge) that are already flocking to see The Fault in Our Stars. Mark our words: come this time, 2015, Nat Wolff will be as in-demand an actor as Woodley and Elgort, if not even more so. And, as those of us who not-so-accidentally tuned in to The Naked Brothers Band all those years can attest, it's about damn time.