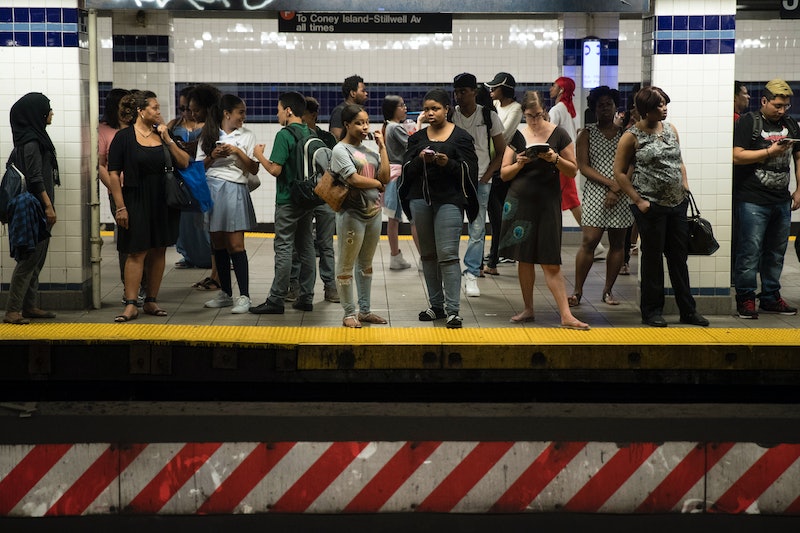 During the entire decade I lived in New York, the worst thing that I ever witnessed on the subway was Santa Con. In retrospect, this is nothing short of a miracle; I vividly remember, for example, reading Jenna Sauers’ account of a man masturbating across the platform at her (and I do mean at her) on Jezebel in 2011 and how the NYPD did absolutely nothing about it, and marveling at how lucky I was that nothing like that had ever happened to me. And Sauers is not alone. The most recent AskReddit thread to eat up my time asked the site’s users, “What is the worst experience you’ve had on public transit?”, and… wow. Just wow. From groping and unwanted attention to a surprise Mace attack and an awful lot of nudity, it’s a wonder most public transportation systems are still in business. These tales are enough to make anyone swear off riding the bus or taking the subway again as long as they live. The horror. The horror.

Don’t believe me? Read on — but consider yourselves warned about the awfulness therein.

Just about every other story in the thread involves bodily fluids or other… shall we say, organic matter. I’ll spare you the gory details by summing it up with this one comment. Because seriously. What the eff, you guys.

This is far from the worst thing that could happen to you, but it’s a little awkward all the same.

Oh, come on! Who gets onto the subway, unloads a can of Mace, and then leaves, just because they can?!

I don’t know what kind of person is in the habit of slapping random people’s arses, but whoever they are, they would not be my friend.

Nor is the U.S. the only country things like this happen in, because…

TL;DR: Italian dick in the butt. Did not want. Somewhat bizarrely, the thread is full of stories like these taking place specifically in Italy. Hmmmm.

TL;DR: She got off, and then she got off. Let me be very clear about this:

TL;DR: Accidentally sat on a little child. Some people never grow up.

The dog is not the problem.

It works one out of three times. This... was not one of those times.

I… don’t even know what to do with this one.

Happily, this one probably isn’t real — it’s a relatively well-known creepypasta with tons of variations floating around on the Internet. Although according to Snopes, it’s not without certain elements of truth, sooooo… be careful out there.