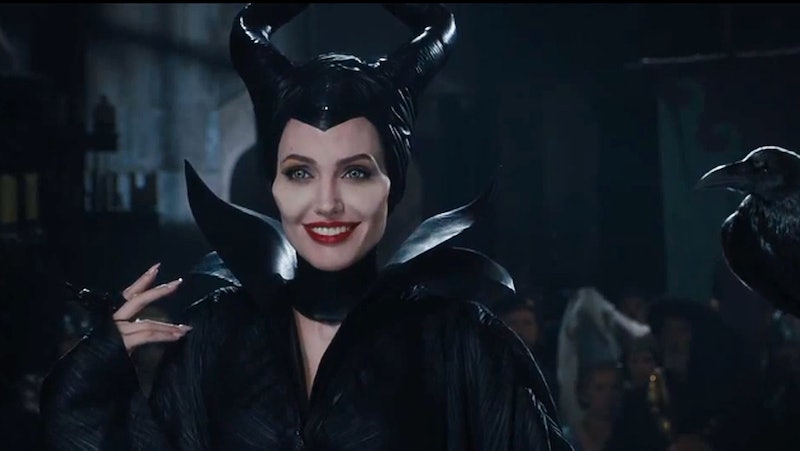 The highly anticipated Maleficent comes out on Friday, a movie that stands out for two huge reasons. One is that it actually features a female villain, with Angelina Jolie playing the evil woman from Disney's Sleeping Beauty, and the other is that it's a Disney movie that puts the villain at the center of the story. The villains of Disney's classic animated tales tend to be somewhat flat characters, distinguished only by their drive to defeat the main heroic character. We'll finally get a look at what caused that drive for one villain with Maleficent and as exciting as that may be, she's not the only character worth examining. There are plenty of Disney villains with more promising backstories than Maleficent who deserve their own standalone films too.

Disney seems to be realizing that today's audiences are just as interested in bad guys and girls as they are in heroes and princesses (which are not mutually exclusive groups). They've already ordered a script for a live-action Cruella de Vil movie, are currently producing a Disney Channel original movie that focuses on the children of villains, have put villains at the center of ABC's Once Upon A Time, and Walt Disney World's annual Halloween event, Mickey's Not So Scary Halloween Party, focuses on a whole group of classic villains with special shows, meet and greets, and a parade.

With Maleficent, Disney has finally taken this villain spotlight to the big screen and hopefully its predicted success will pave the way for more villain films. Here are the other Disney villains who deserve their own films, maybe even more than Maleficent does—just don't tell her I said that.

Disney is already on the right path by ordering a Cruella de Vil script. In 101 Dalmatians she's a villain who does not immediately appear to be very evil, but after spending a whole movie trying to skin puppies for a coat, quickly becomes one of the scariest foes in Disney history. There's so much we need to know about her, like where her interest in fashion and disregard for animals came from. She also has one of the greatest theme songs ever and, if you thought Maleficent-inspired products were cool, just imagine the monochromatic possibilities for Cruella.

WHAT WAS HIS NAME BEFORE HE GOT THE SCAR?!? Nothing else in a Scar movie would matter as long as it answers that question, solving one of life's greatest mysteries. Would it be interesting to know why exactly he hates Mufasa so much in The Lion King and how he got so evil? Sure, but none of that is as important as his pre-scar name.

If you think about it, Ursula is way more interesting than The Little Mermaid herself. While Ariel goes through a rebellious teenager phase and trades her voice for a chance with Prince Eric, Ursula is making good use of her sea witch powers, posing as a human, overthrowing King Triton, growing to monstrous heights, causing storms, singing awesome songs, and more, all while rocking the best hair and makeup of any Disney villain. One question that would definitely have to be answered in her movie is what underwater nail salon gave her that iconic manicure.

If Ursula has the best hair and makeup of the Disney villains, The Princess and the Frog's Doctor Facilier easily wins best wardrobe. A movie about his earlier years as a New Orleans witch doctor, learning to read tarot cards and properly layer a crop top, would probably be amazing. It would also lend the opportunity for another look into adorable young Tiana's life, before her father died.

A Hades movie would have to be the only Disney villain comedy. It's weird to describe the Greek equivalent of Satan as a comic character, but in Hercules, Hades may only be tied with Pegasus as the character who gets the most laughs. At the beginning of the movie, the muses inform us that a whole lot happened before Hercules came along, like Zeus defeating the Titans, and we later learn that Meg previously traded her soul to Hades. Both of those stories sound even more interesting than the actual Hercules.

Lady Tremaine, aka the Wicked Stepmother

Cinderella's wicked stepmother, apparently actually called Lady Tremaine, is easily one of Disney's most one-dimensional villains and that needs to change. She's consistently awful and we don't really know why, just that she's basically a stereotypical gold digger who wants to see her own daughters become royalty and couldn't care less about what happens to Cinderella. It's time to give her an actual personality and see what lead to her wicked ways. Was it heartbreak? Financial ruin? There has to be more to the story and with so little known about her, there are endless possibilities.

More like this
“The Door Is Always Open” For Another 'Breaking Bad' Spin-Off, Says AMC Boss
By El Hunt
Everything You Need To Know About The 'Knives Out' Sequel
By Grace Wehniainen
The 'Hocus Pocus' Sequel Finally Has A Release Date & It Makes Total Sense
By Shannon Barbour and Radhika Menon
Everything To Know About 'My Big Fat Greek Wedding 3'
By Grace Wehniainen
Get Even More From Bustle — Sign Up For The Newsletter