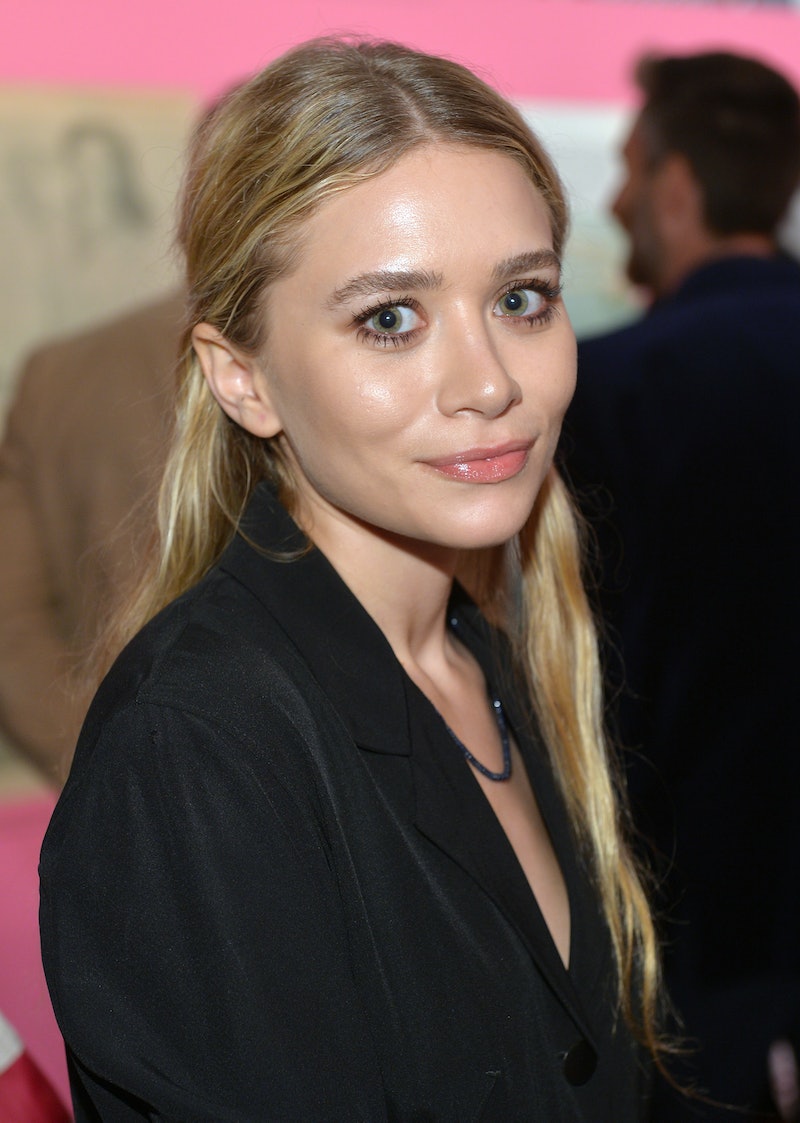 Sorry, Apple, Rainbow, Kyd, Kal-El and Pilot Inspektor — if science is to be believed, a bad first name can lead to lower self-esteem and lower education levels. (Good job, Hollywood.) I, on the other hand, have always been pretty alright with my name — Ashley was the second most popular name when I was born in 1985, which meant that every year, I had to share it with at least three other girls in my class. That is directly responsible for my identity crisis is fourth grade, when I went from Ashley to Ashlee to Lee (leaving Ash for the other girl in my class). Obviously, none of those names stuck, and since then, I've been plain ol' Ashley.

As I've grown up, there have been a slew of Ashleys from my generation making headlines, mostly for being gorgeous and acting or singing their way through Hollywood — see Ashley Greene, Ashley Benson, and Ashley Madekew, to name a few. They give us all a good name (ha), and balance out our more infamous namesakes (ahem, Ashley Dupré).

All in all, Ashley is a pretty solid choice for a name — it sounds respectable, and you can always find it on those namesake souvenir keychains and magnets. What more could you want?

Here are 25 things every Ashley (and those who love us) should know about our name:

1. The name "Ashley" is derived from an English surname, which was originally derived from the Old English words æsc and leah, meaning "ash tree clearing." So, the original Ashley family probably lived close to an ash tree.

2. A more modern interpretation of the name Ashley comes from Urban Dictionary: "A bad ass motherf-ker who who won't take no shit off of nobody." Now, that's more my speed.

3. Most Ashleys first appeared in England in the Middle Ages.

4. The Ashleys were also among the first settlers to come to North America — Ann Ashley was recorded as arriving in 1623.

5. According to charts from the United States Social Security Administration, only boys were named Ashley from 1917 until 1938.

6. The popularity of the name Ashley started growing consistently in 1941.

7. Gone With The Wind, starring the swoon-worthy (male) character Ashley Wilkes came out in 1940. Coincidence? We think not.

8. There was also a soap opera character named Ashley Abbott who appeared on The Young and The Restless from 1982 to 1988.

9. Which may help explain the name's growing popularity in the '80s.

11. Which makes most Ashleys in the United States right now about 24 years old.

12. According to the oddly specific science of numerology, Ashleys' expression/destiny number (which describes one's talents) is a 7.

13. Apparently, that means Ashleys are intellectual, thoughtful, and introspective.

14. On the flip side, they can also be aloof, suspicious, selfish.

15. Also according to numerology, Ashleys' soul urge number (which reflects one's heart's desires) is a 6.

16. That basically means they're needy — and feel best when they're appreciated by others.

17. The personality number, IMHO, is the most dead-on here: Ashleys are supposedly excellent leaders, independent, ambitious, strong-willed, creative, and inventive (and, can be stubborn, domineering, impatient). (Guilty!)

18. Another analysis of the name Ashley says that they have a deep appreciation for art, music, literature, and nature, and are better expressing themselves through writing than they are verbally.

19. Weirdly, if Ashleys have health issues, they'd probably be related to the heart, lungs, or bronchial organs.

20. And, um, in case you wanted to date a dude named Ashley, be careful — they're ranked 12th most likely to cheat on a woman, according to a survey of 2,000 women. (Shame on you for living up to that rep, Ashley Cole.)

20. Ashley Olsen is arguably the richest Ashley out there right now — she and her sister Mary-Kate are worth at least $300 million, which has likely only grown as they've expanded their fashion empire.

21. Ashley Wagner brought the name back to TVs everywhere this winter in the Sochi Olympics, where she did not win the gold but did win the internet with her infamous reaction to her score.

22. Ashley Judd almost ran for Senate last year, but instead devoted her time to filming Divergent, which I think we can all agree was for the best (despite her degree from Harvard).

23. Amanda Bynes isn't an Ashley, but she rode to fame partly the power of the name — all the 27-year-old Ashleys out there should remember her adorable "Ask Ashley" sketches on All That:

24. You'd be forgiven for overlooking her next to Nicole Scherzinger, but Ashley Roberts was a member of America's favorite burlesque/girl band hybrid, The Pussycat Dolls. And, who knew — she just released her debut solo single last month.

What's better than an Ashley?

More like this
The Spice Girls Just Dropped A Brand New Music Video
By Sam Ramsden
10 Pumpkin Recipes That Are Way More Creative Than Pie & Lattes
By Rebecca Deczynski and Alexis Morillo
Bustle Daily Newsletter: September 28, 2022
By Stephanie Talmadge
7 Symbolic Meanings Of Autumn — From Letting Go To Self Preservation
By Kirsten Nunez
Get Even More From Bustle — Sign Up For The Newsletter