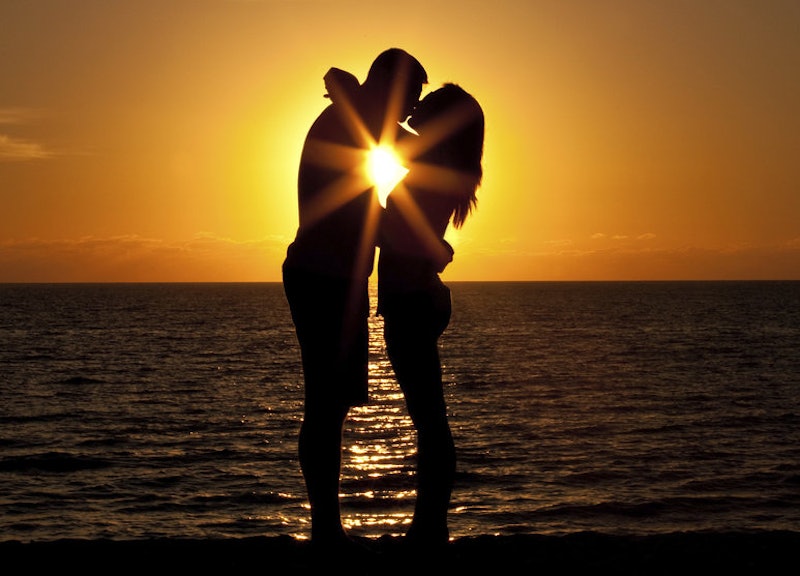 We now officially know this season's cast of Bachelor in Paradise, and to be honest, it's a little disappointing. The shift from Bachelor Pad to Bachelor in Paradise has done away with the booze-fueled, money-crazed atmosphere and put in place a show dedicated to finding what else? Love. Since we'll be hopping from Andi's love quest to Bachelor in Paradise, and probably right in to the new Bachelor— that's a lot of love going on. It's clear this cast of people were chosen because they all really want to find their Mr. or Mrs. Right, which, like, good for them, but I'm not going to lie and pretend I don't also want to tune in for the drama. Bachelor Pad was a nice break from the serious format of the parent show. I'm also a little bitter that Lucy "Free Spirit" Aragon didn't make the list because she is flawless.

Those who did make the cut are mostly from the last few seasons, but there are a couple throwbacks who clearly miss their stardom and want another chance at (fame) love. There will also be three of Andi's mean joining the season, but they'll be announced closer to the air date. So! Meet your new Bachelor in Paradise cast, coming to a TV near you in August.

The runner-up from Juan Pablo's season has the potential to be very entertaining on her quest to find love. While she took a lot of JP's blame for the whole sex-in-the-ocean incident, she later revealed her sassy side when she pushed away a JP besito and walked away from The Bachelor with her head held high.

Potential matches: Ben Scott, who is also a dad, is enough like JP that Clare will probably like him.

She made it to the final four on Sean Lowe's season and is best known for A) shouting "I LOVE SEAN" B) being afraid to go through a cave C) having legitimate abandonment issues and D) attacking Sean's character on the "Women Tell All."

Potential matches: Graham Bunn because he posts inspirational quotes on Instagram which is so an AshLee thing.

Yes, she's the girl with one arm from Sean's season, but she's so much more than that. During her time with Sean, we got to see just how strong Sarah was as she refused to let life's obstacles bring her down. She participated in the season's first athletic date, but she didn't complain at all and instead embraced the opportunity. She was genuinely really sad to be sent home and lose out on her chance at love. An overall sweetheart, Sarah quickly became a fan favorite and she'll likely continue that on this new show.

Potential matches: Carl, the firefighter from Andi's season. Sure, we don't know exactly which three guys from Andi's season will make the cut, but since Carl was a good guy looking for love, he has a decent chance. Plus he's a firefighter, which in addition to being hot, means he's also used to being brave in the face of tough situations.

Also from Sean's season, Daniella didn't get a whole lot of time to shine. Considering she's pursuing an acting career, it's a tiny bit possible she said yes to BIP for the exposure and not for the love, but we'll see.

Potential matches: Robert Graham. Desiree called him a Liam Hemsworth lookalike so maybe Daniella can use that to her advantage in the industry. She can collaborate with him on an I Wanna Marry Hemsworth show.

You know her as the nursing home owner from Juan Pablo's season who has nine disabled siblings. That's a lot for anyone to deal with and it's about time Lacy took some time for herself to find love.

Potential matches: Lacy's mature for her age, so she doesn't need another mature guy like Ben. Instead she needs someone who can help her let loose a little. One of Andi's fratboy contestants might be perfect for her.

Michelle is a throwback from Jake Pavelka's season in 2010 and was also on the first season of Bachelor Pad. Will the third time be the charm for Michelle's reality TV love-finding journey? Not if she repeats this awkward kiss:

Potential matches: Other throwback Graham Bunn so they can talk about how much The Bachelor has changed in the years since they've been off the show.

She's the teacher who refused to bare it all for Juan Pablo during the completely inappropriate naked photo shoot date. When she was eventually sent home, she cried because the girls around her were ugly "not outside but in," and she said she was more ready than them to start a family.

Potential matches: Ben because he's already started a family and Elise can jump right into that.

Ben was accused of not being there for the right reasons on Desiree's season. Many of the guys thought he was using his son as a convenient ploy to get attention.

Potential matches: Clare or AshLee. Both are responsible women capable of being the step-mother to his son Brody.

Better known as the guy who supposedly invented sign spinning from Desiree's season. Now, he seems to be working in a more stable field: brands and advertising. He's probably making a sh*t ton of money.

Potential matches: Daniella or Elise. Both are beautiful, young, fun girls and judging from his Instagram snaps which are mostly of pretty women and pool parties, he seems to be into that sort of thing.

He's from DeAnna Pappas' season way back in 2008. He's the one who just wasn't that into her when she was head over heels for him. If this guy hasn't found love in the six years since we saw him last, that seems like kind of a red flag? But maybe he was just holding out for the right one/waiting to be invited on a Bachelor spinoff show.

Potential matches: AshLee because they might just be each other's soul mates.

Will Bachelor in Paradise live up to its romantic-themed promise? With this cast of love-seekers, it just might. Will there be drama? There will at least probably be crying. That's kind of dramatic, right? I'm sure ABC will take what they can get.