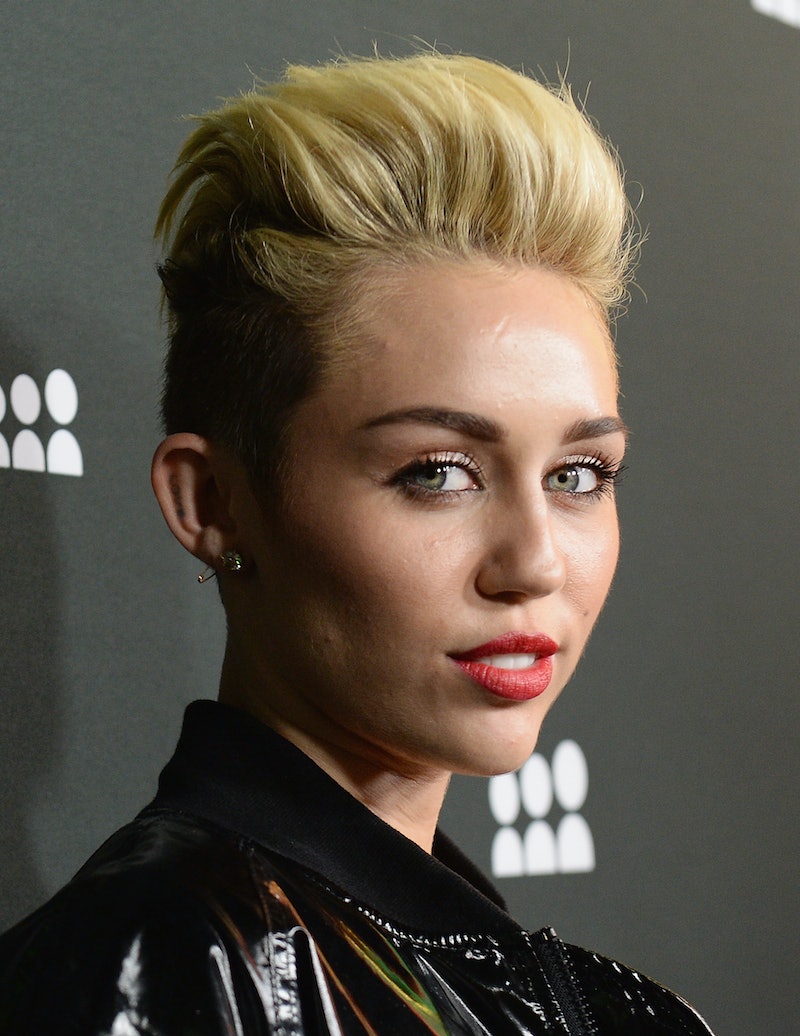 While Miley Cyrus' absolutely insane, twerk-friendly video for her hit single "We Can't Stop" is off breaking records for Vevo (it's now the "the fastest video to reach 100 million views"), there's another clip that's making the rounds on social media that's quickly gaining steam.

Below is a piece of audio featuring the pop starlet stepping into Eponine's scrappy shoes and singing the ultimate sad girl anthem "On My Own" from Les Misérables. Now, if you'll recall, Taylor Swift had been up for the iconic role of Eponine in the 2012 big screen adaptation of the Broadway darling (the part eventually went to stage star Samantha Barks), so this snippet of Cyrus with her similar little bit country, whole lot of pop gives fans an idea of what that may have sounded like.

Cyrus doesn't sound bad in the clip (in fact, far from, and it's a hugely refreshing change of pace from her recent wave of heavily auto-tuned songs), but it doesn't stack up to the commanding, heartbreaking voice that Eponine and the ballad "On My Own" demands. Listen here:

Of course, Cyrus isn't the first star to take a stab at the showstopper. Lea Michele turned in a Broadway-worthy, naturally, rendition of the tune on Glee:

Anne Hathaway eventually won her Best Supporting Actress Oscar for playing Fantine, but she gave us a preview of her Les Mis love when she hosted (shudder) the ceremony back in 2011 and belted out "On My Own." An appropriate song, considering that's how her co-host James Franco left her to do all the work that night:

No matter which version of the song is your favorite, one thing is for certain: "On My Own," and Cyrus' version, will be stuck in your head for the rest of the day/month/year. Talk about miserables.