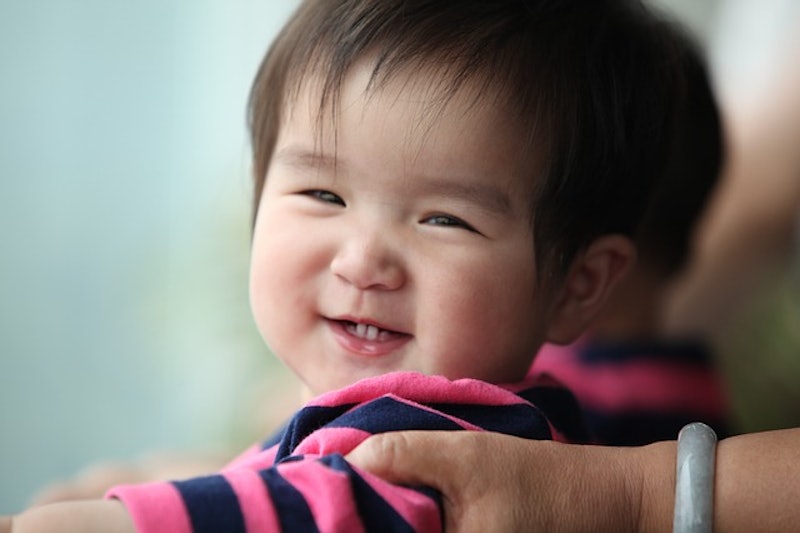 "What's in a name?" Shakespeare's Juliet asked the question in Renaissance Verona, and all these years later people are still wondering — though now the question is addressed with scientific studies about what your name might mean for your future, as opposed to just musings from a balcony. At the moment, though, science more or less concludes that names aren't so much of an indication of a person's future success as they are an indication of what sort of parents that person has. And parents, obviously, do have a big impact on a person's future success.

Parents nowadays are choosing from a wider variety of names for their children, and that means that the names you pick as a parent tends to say more about you than it did in, say, the 1970s when just about every girl was apparently named Jennifer. Unlike the olden days around mid-century when 95 percent of all babies had one of the 1000 most popular names in the country, today 27 percent of babies have a name that's not on that list. What's more, parents are thinking more outside the box, going with names inspired by television, like Daleyza and Arya. And parents are also becoming increasing fans of peculiar spellings — there are lots more Jasmines than there used to be, but we also have a lot more Jasmyn, Jazzmine, and Jazmyns than we used to, too.

All of which means that American name uniformity looks something like this:

So as our names become less uniform, patterns begin to emerge about what sorts of parents give their children which sorts of names.

Researchers in the UK found that different names were popular among different social classes, and that children with names more popular among the rich tended to be more successful accordingly. It wasn't because of the name, per se, but the name and the success both tied back to their parents' position in society. Looking at the frequency of names among Oxford students relative the frequency of names in the population as a whole, researchers found that the pattern holds.

However, when it comes to names that are more distinctive than Eleanor or Stacy, names really can have an impact on our future. Study after study has shown that people — consciously or unconsciously — discriminate against names that imply a specific racial, ethnic, or socioeconomic background. From the fact that people are more likely to pounce on typos if the author's name doesn't seem white, to professors who are more interested in mentoring students with white male names, to employers who are more likely to interview people if the name on their resume is white.

So, what's in a name? As it turns out, nothing and everything all at once. Names don't predict our destinies or control our futures, but in some cases, people's interpretation of our names can lead to discrimination and lost opportunities. But at a time when American names are getting more diverse (and frankly more ridiculous — Khaleesi? Really, guys?) maybe it's about time we stopped treating names that imply certain class or racial distinctions as anything problematic. After all, if middle class parents can name their kids after the Mother of Dragons and rich people can name their daughter North West, then nobody has any right to judge anybody anymore.

More like this
GIRLI & Q Fell In Love At A Skatepark & Never Looked Back
By Jessica Morgan
Why You're Seeing Green Bandanas At Abortion Rights Protests
By Lexi Inks
How To Come Out Online, According To Trevi Moran
By Melanie Mignucci
How Neptune Retrograde 2022 Will Affect Each Sign
By Nina Kahn
Get Even More From Bustle — Sign Up For The Newsletter