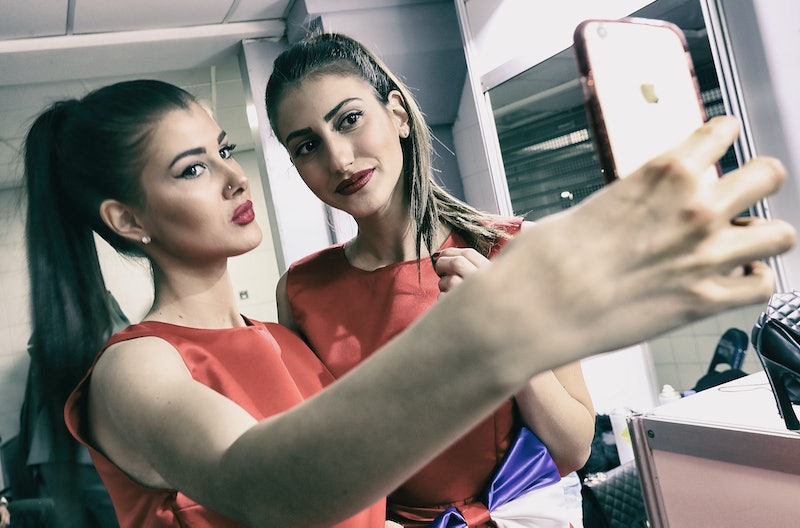 You must have had some idea that people were making certain judgements about what your social media photos say about you. After all, why else would we go to such significant lengths to take and upload just the right ones? But studies are in, and the news is even more shallow than you imagined: researchers at Princeton University not only confirmed that people form strong judgments of others depending heavily on even one photo, but that these profile photo-based judgments are hugely inaccurate.

The researchers at Princeton, Alexander Todorov and Jenny M. Porter, tried something new in their study as compared to previous studies of first impressions: they offered participants more than one photo of the same person for viewing. This allowed them to draw some conclusions about the way in which the photograph itself impacted viewers, rather than just the characteristics of the subject (which stayed constant across photos, e.g. brown hair). Viewers saw the pictures for a very short period of time, too: just 40 milliseconds.

When asked to draw conclusions about the photos, experimental participants changed their impressions as much from photo to photo of the same person as their impressions changed upon being shown photos of totally different people. In other words, the way in which a photo's been taken may shape others' first impression of you as much as what you actually look like. The participants had different biases for different types of photos, too (such as a political context, or an online dating context). Basically, humans rapidly, and strongly, match up context to presentation for a quick visual judgment of strangers.

So, despite the old saying, we are judging books by their covers, and this isn't likely to end anytime soon. Even if you want to be a non-judgmental person, the parts of our brains doing this work are largely subconscious and automatic. But you can try to consciously revise your judgments later, if you have good reason. Maybe that guy who sends you a nice message on OkCupid looks a little grumpy in his single, poorly-lit photo. Give him a chance! Or maybe your friend is hanging out with someone, and she looks kind of stuck-up when you lurk her Facebook profile. Since your friend says she's actually great, you might go a little out of your way to get to know her when you find yourselves together at a party later.

And by the way, you should really avoid lurking (viewing without participating) on social media sites in the first place. It's a good way to turn yourself lonelier via the Internet, instead of feeling more socially well-connected. Happily, if you can get past the first impressions and cultivate some real conversations over shared interests, social media remains a prime way of locating and curating slightly random but ultimately fulfilling friendships.