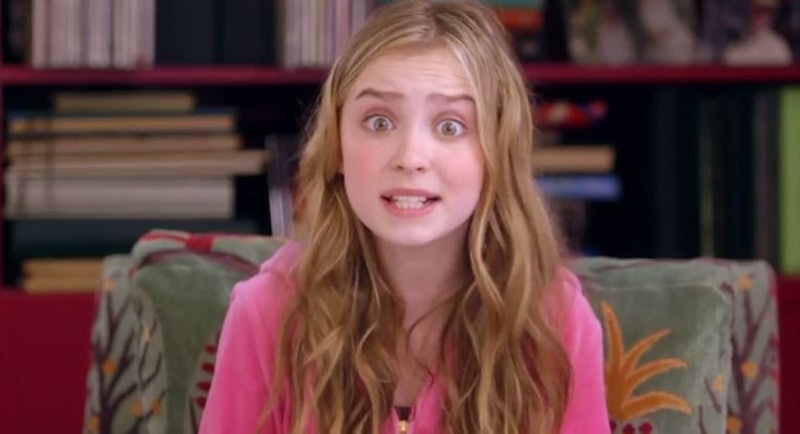 Wow, man. Today is just an advertising bonanza, isn’t it? Up next on the docket we’ve got the latest ad from Hello Flo, “First Moon Party.” The tampon delivery company’s first effort, “Camp Gyno,” was universally heralded as “the best tampon ad in the history of the world” — and rightly so (personally, I’m a big fan of The Gloss’s turn of phrase. Radvertising? Heck yes!). It should come as no surprise, then, that their second ad is just as awesome.

Unlike the precocious girl in “Camp Gyno,” the star of “First Moon Party” is the only one of her friends who hasn’t gotten her period yet. So she does what any enterprising tween would do: She fakes it. Unbeknownst to her, however, her savvy mom cottoned on to the fakeage from the get-go and plans the perfect punishment: The titular (and ultra-embarrassing) "first moon party." She also, however, offers her support by gifting her daughter one of Hello Flo’s new period starter kits. Sure, the "first moon party" is embarrassing for the girl, but the point isn't that the period itself is embarrassing; indeed, it's even cause for celebration. The girl learns her lesson about lying, but also gets a little prep help in the process. And did I mention that it’s hilarious? Because it is. Seriously, you guys. It’s amazing. Here, take a watch:

The reason the Hello Flo ads — and the company itself — have been so successful has everything do with the frankness with which they treat menstruation. Sure, the "first moon party" is embarrassing for the girl, but the point isn't that the period itself is embarrassing; indeed, it's cause for celebration There’s no weird blue liquid, thy don’t shy away from the word “vagina”… there’s no sense of it being a taboo subject, which both offers a refreshing voice in advertising and demystifies periods in the process. They’re also great in the fact that they’re targeted at girls who are just starting to menstruate — something which not only gives them the information and support they need, but also works towards continuing to break down all those “Periods? Ooooooooh, noooooo, we can’t talk about those!” walls that have been built up over the years.

Good on you, Hello Flo. Keep fighting the good fight — we’re with you all the way!