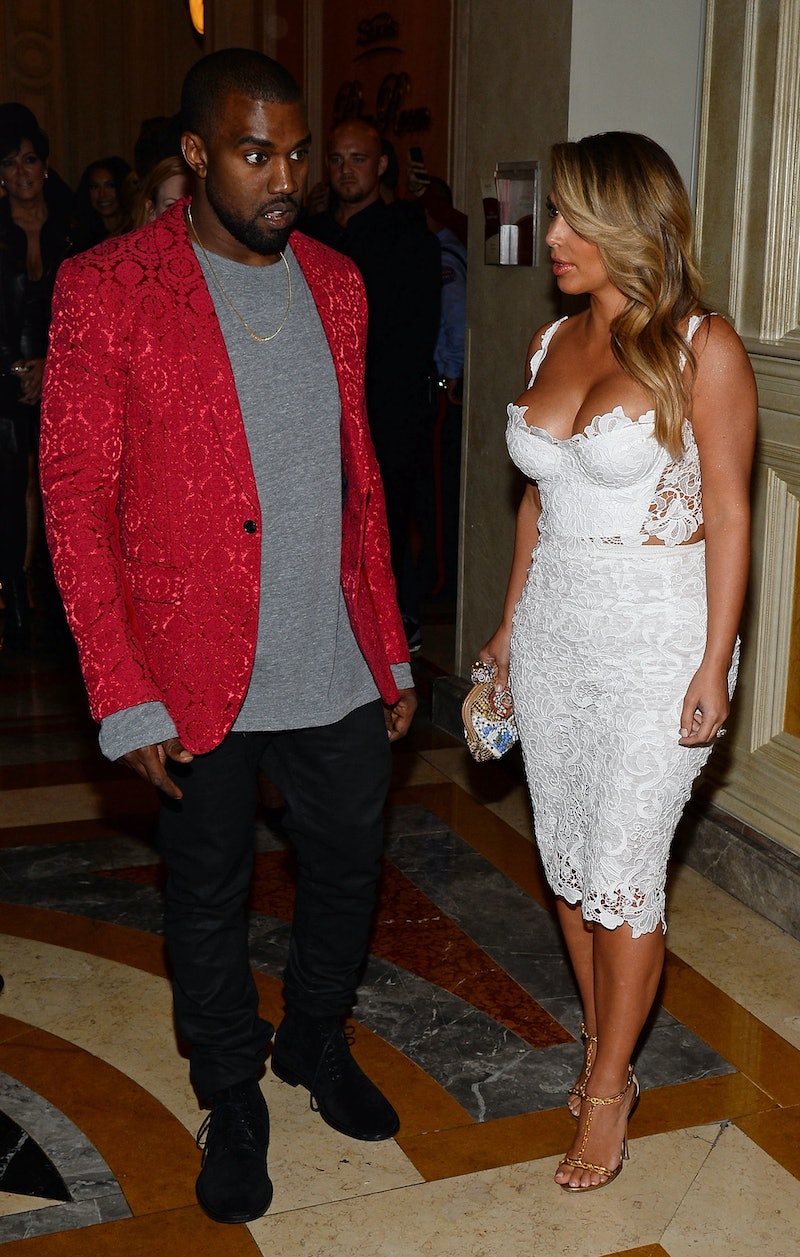 Since Kanye West has already conquered the game of Life (at least, according to Kanye West), his wife Kim Kardashian figured she'd roll the dice with something else. According to US Weekly, Kardashian bought West a personalized Monopoly board for his 37th birthday. (Hey, on the bright side, he probably can't say "Imma let you finish" while playing because nobody actually finishes Monopoly.)

Apparently Hasboro will be releasing a whole line of My Monopoly boards later this summer which can be individually personalized, but Kardashian reportedly got her hands on one early. A source told the magazine that the reality star changed Park Place to the Palace of Versailles and Boardwalk became Fort Belvedere, the locations of their rehearsal celebration and nuptials, respectively.

Now, if this board were accurate, every space would probably be Luxury Tax, but here's our other guesses for a Kanye West-inspired Monopoly board:

— Jail is now the "Love Lockdown"

— Free Parking For All Of Our 937 Luxury Cars

As for Kanye Monopoly pieces:

— The Scottie Dog (come on, everybody loves that little dog, even Kanye)