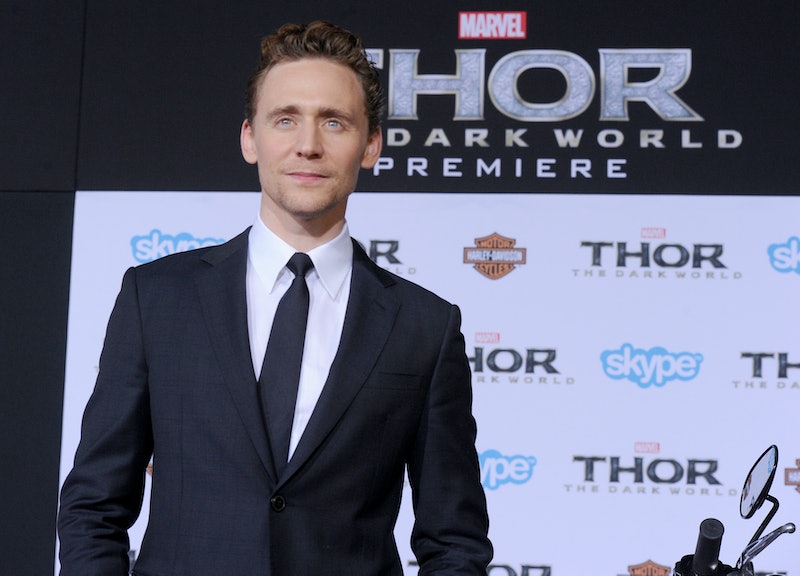 It seems not everyone's as elated as we are that Tom Hiddleston scored a major role as Country legend Hank Williams. That dissenting voice is coming from Williams' grandson, Hank Williams III, who apparently did not get the memo that Tom Hiddleston is one of the Internet's favorite people. Williams, who takes after his late father as a singer and musician, would like someone a bit more...all-American for the role. As in, not British.

It's easy to understand the critique on the surface, because Tom Hiddleston in his natural form is the most British Brit to ever sip tea and quote Shakespeare. And Williams is, of course, allowed (even expected!) to have opinions when it comes to bringing his father's story to the big screen. But considering how well Hiddleston's tackled American iconicity in the past — his excellent turn as F. Scott Fitzgerald in Midnight In Paris comes to mind — we're not worried.

Williams does have an alternative in mind: He'd much rather see Matthew McConaghey play his dad. That's something we could see, too, if it weren't for McConaghey's age — Hank Williams died suddenly at the age of 29, and while Hiddleston's 33, that's still a lot closer than McConaghey's 44.

Hopefully Hiddleston will knock this one out of the park and he and Williams can shake hands and make amends when all is said and done. In the meantime, though, we've got a good old fashion American side-eying of the British, I guess?