Quesarito, Quesarito, QUESARTIO! Hmm. I thought if I said the word three times, a Quesarito might appear out of thin air (yes, at the risk of it causing absolute mayhem and me almost-marrying it to save the day). Alas, Beetlejuice law doesn’t apply to the Quesarito. So, until I trek on over to Taco Bell, I’ll be stuck wondering what the heck that burrito wrapped in a quesadilla tastes like. (Sure, I can read reviews, but I want to experience it firsthand. I’ve eaten countless burritos and an even greater number of quesadillas, so I definitely have an idea. But I want to KNOW, you know?) Does the combo work? Or is it a nightmare? Does it taste anything like a quesadilla plus a burrito? Or is its own thing??? What's that song in the Taco Bell Quesarito ad?! Lots of burning Quesarito questions over here.

WAIT. I can answer that last question. I can make the burning stop. The song in the Quesarito commercial is “Love Away” by Capital Cities.

Capital Cities is indeed the L.A.-based band responsible for the indie pop tune “Safe and Sound” (which also happens to be a TV spot favorite).

And now they're the band responsible for "Love Away," aka "The Song That'll Make Me Think Of Burritos Wrapped In Quesadillas From Here On Out." 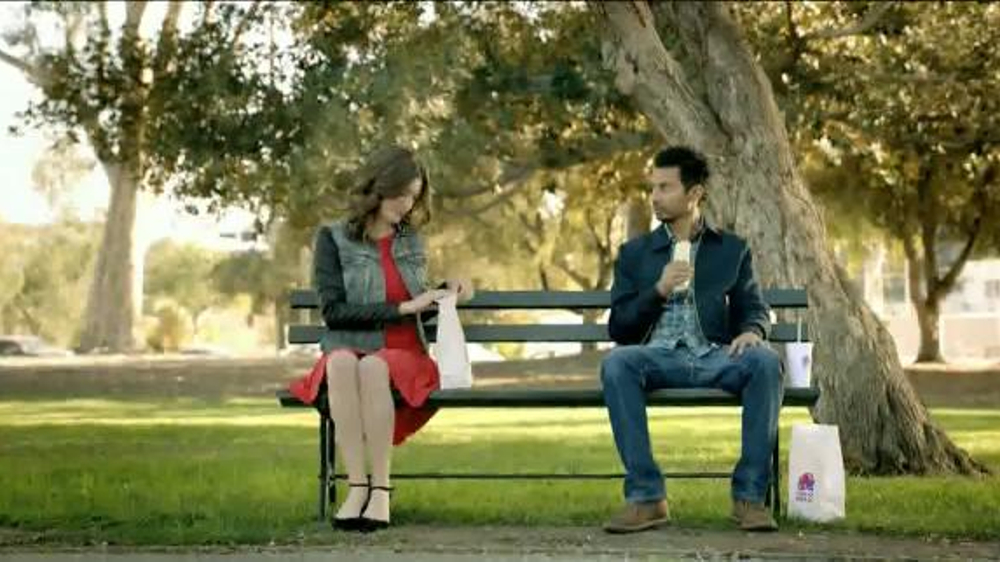