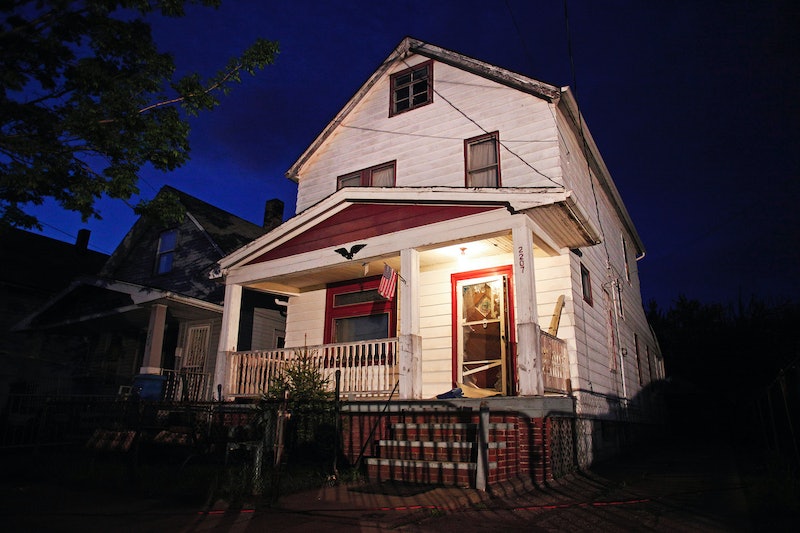 Cleveland abductor Ariel Castro's sentencing hearing, which is expected to result in a 1,000-year-plus prison term, began Thursday. Because Castro plead guilty to nearly a thousand counts of murder, kidnapping, rape and more, witnesses will give testimony directly to the judge, who will decide how long Castro will be sentenced.

Earlier Thursday, Castro attempted to apologize to the victims, but was cut off by the judge, who told him he could give his testimony later on.

The judge has been told that the victims exhibited signs of Stockholm's syndrome, and were treated "like animals." Nearly a hundred feet and a hundred pounds of chains and padlocks were found in Castro's home, and Castro himself admitted in previous testimony that he kidnapped the women with the sole aim of "satisfying" his sexual needs.

I cried every night, I was so alone. Years turned into an eternity. I spent eleven years in hell, where your hell is just beginning. You deserve to spend life in prison. After eleven years, I am finally being heard, and it is liberating.

Disturbing pictures have also been shown to the judge, such as Amanda Berry's room.

The State has submitted a complete evaluation of the women's experience in Castro's home for a decade. Evidence includes depositions, videotaped interviews, medical records that paint a hideous portrait of the ordeal suffered by Amanda Berry, Michelle Knight, and Georgina DeJesus. The women were repeatedly raped, beaten, starved, and tortured.

Ten years after her kidnapping, Berry's cries for help were heard by a neighbor. Berry called 911: "I've been missing for 10 years," she told the operator, "and I'm here, I'm free now." Police arrived to rescue Knight and DeJesus, and place Castro under arrest.

In July, the three women filmed a video for YouTube thanking supporters nationwide for their "outpouring of love and kindness."

The local police precinct have also published on Facebook a note from Knight:

Berry made her first public appearance at a music festival last weekend, where Nelly brought her admiringly on stage. (Radar responded with the headline "Party Time At Last!", and the Internet wondered aloud why she didn't look "more traumatized.")

Under the plea bargain he accepted, Castro won't face the death penalty, but will die in prison. He'll be convicted of a life sentence without parole, and probably another lifetime's worth of years for good measure. “He’s never coming out," confirmed prosecutor Tim McGinty, "except nailed in a box or in an ash can. And that's justice."

Castro's son Anthony said on the Today Show that his father "doesn't have any respect for human life." He agreed with the sentence — which ranges amongst the longest in recent history — and said he couldn't see himself visiting his father in prison.

"I look in the mirror and I see the resemblance. And I think about what he did and how horrible it was," he added, "and I just can't help sometimes just being overcome."