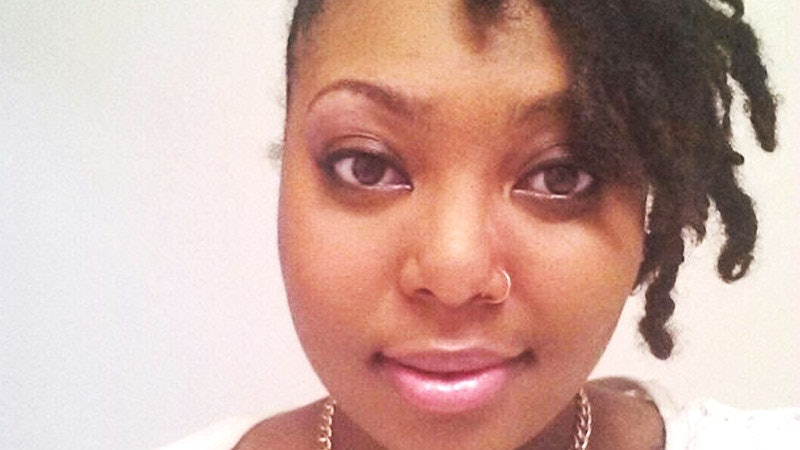 As I slid off the examination table after my annual pap smear, my gynecologist said the same thing he always did: “All looks good down there, Evette. No news is good news.” His words never failed to reassure me. I'd never received the dreaded phone call telling me I had a gynecological issue, and a part of me thought that's how it always would be.

It turned out I was wrong.

The doctor called five days later. Immediately, my heart and mind began racing. It couldn’t be pregnancy; I’ve always used precautions to prevent an unexpected visitor in the womb. It couldn’t be an STD; condoms were supposed to protect me from that — or so I thought.

In a solemn tone, my gynecologist told me my pap smear was abnormal due to the appearance of low-grade HPV. My heart leaped in my throat. Sensing my nervousness, he attempted to calm me. “Don’t panic,” he said. “Let’s schedule additional testing. We’ll check your cervix to insure the HPV is low-grade, and we’ll move forward from there.”

It's upsetting to me that Gardasil leaves many black women without adequate protection against HPV and cervical cancer. Conflating the healthcare needs of white women with those of black women keeps us from accessing adequate treatment in multiple areas, and this especially troubling when it comes to HPV. Had there been funding for a vaccine specifically designed for my black, female body, a shot that protects my body as well as it does white women, I might very well be HPV-free today.

I’d gone numb at the news. I had HPV. The human papillomavirus.

Flashbacks ensued. I remembered one particular night with my very first sexual partner, five years before. We forewent condoms, at his request. That had to be the night he transmitted HPV to me.

I remembered how abnormal cells had appeared long before the HPV materialized. Almost two months after I'd engaged with my first sexual partner, my former gynecologist administered a pap smear. It returned abnormal, but she told me that it wasn't cause for panic. The abnormal cells appeared to be laden with HPV, but they hadn't fully formed. To prevent the cells from forming, the gynecologist recommended Gardasil as a solution. Over the course of nine months, I'd receive three shots. The gynecologist expected the Gardasil to prevent the HPV from forming.

Her words were meant to reassure me, but I felt overwhelmingly saddened. My partner and I had been tested for sexually transmitted diseases before we'd ever had unprotected sex. I'd started using birth control. My womb and my health were supposed to be safe, even as we engaged in condomless sex. I felt like a fool.

I endured the three painful shots — and thought it was a form of punishment for not using condoms — never knowing that Gardasil may not have been the correct option for me.

And, as it turns out, it might not be the correct option for many other women. A recent study from Duke University’s School of Medicine found that the available HPV vaccines in the United States, Gardasil and Cervarix, don’t prevent the HPV infections common in African American women. Gardasil and Cervarix protect against HPV 16, HPV 18, HPV 6 and HPV 11 — strains that are notorious for causing cervical cancers. The only problem? HPV 16 and 18 occur more in white women than black women, who tend to show HPV subtypes 33, 35, 58, and 68. So while white women might also not be protected from all strains by the HPV vaccine, they are certainly in a much safer position than black women in the United States.

“HPV 16 and 18 occur less frequently in African-Americans than in whites,” Dr. Cathrine Hoyo, associate professor of Obstetrics and Gynecology at the Duke University School of Medicine, told Health Day. Duke’s study looked at 600 abnormal pap smears and found that almost 86 percent of the women examined had detectable HPV. Yet, as Hoyo explained, “African-Americans had half the HPV 16 and 18 frequency as whites did.”

As Bustle reported last summer, this disparity may be the reason that African-American women are 20 percent more likely to be diagnosed with cervical cancer.

Despite these glaring statistics, my former gynecologist administered the Gardasil shots without warning me about its potential ineffectiveness. Normal pap smear after normal pap smear convinced me that HPV was no longer something I had to be concerned about. I assumed I'd dodged the bullet, until that fateful phone call almost five years after I received my last Gardasil shot.

It's upsetting that Gardasil leaves many black women without adequate protection against HPV and cervical cancer. Conflating the healthcare needs of white women with those of black women keeps us from accessing adequate treatment in multiple areas, and this is especially troubling when it comes to HPV. Had there been funding for a vaccine specifically designed for my black, female body, a shot that protects my body as well as it does white women, I might very well be HPV-free today.

Merck, the company responsible for Gardasil, is addressing this issue. They're currently testing an HPV vaccine that will address nine strains, instead of the four it presently protects against. (When Bustle reached out to Gardasil about the vaccine's limited effectiveness for black women, Merck issued no comment.)

A follow-up appointment with my gynecologist revealed what he had predicted: My HPV is low-grade. It’s a strain that won’t cause cervical cancer. There will be no hindrance to having children. With the proper precautions, it will never be transmitted to a male partner, and I more-than-likely won't make contact with another strain. Yet HPV hovers, and telling a new partner I have it has become the most difficult moment of entering into a new sexual relationship.

I struggle to find the words and often wonder if I should reveal my HPV at all. Thus far, I’ve never been rejected for having low-grade HPV, but that never calms the palpitations that ensue as soon as the words leave my lips. Despite the nervousness, every man I've disclosed my HPV to has been comforting and calm. Most ask what HPV is, and if its dangerous, while others wonder if they're already infected.

However they react, my sex life is no longer carefree. Each time I engage, I worry about transmitting HPV, even though I use condoms with every partner I have. HPV feels like a stain that can never be removed.

Yet, I am fortunate. I have access to adequate healthcare, an amazing gynecologist, and a wealth of information available to me. Women without the socioeconomic means and resources that I have access to may not be as fortunate and may think Gardasil will protect them. Chances are it may not, and doctors tasked with protecting our gynecological health should tell their patients of color how ineffective these vaccines can be.

It has been more than a year since I’ve been diagnosed with HPV. Now, my life revolves around gynecological health. Every six months, I place my feet in stirrups, and every six months, I receive the same phone call: Your test came back abnormal again. It’s the HPV. The news never gets easier to hear.